Blog Azeroth: What in WoW Reminds You of Home?

I couldn't wait to participate in this weeks Blog Azeroth Shared Topic. I saw it a few weeks back when Syrco Owl posted it to Twitter, and I got extremely excited about it! It's a really simply question:


"What in WoW reminds you of home?"

I live in the deep south - Louisiana to be precise. I'm really close to the coast and located in the middle of a ton of marshes. The first zone that came to mind was an area that I felt not only resembled the area I live in, but some of the quests reminded me of the history and folklore of the area. That zone was Dustwallow Marsh. 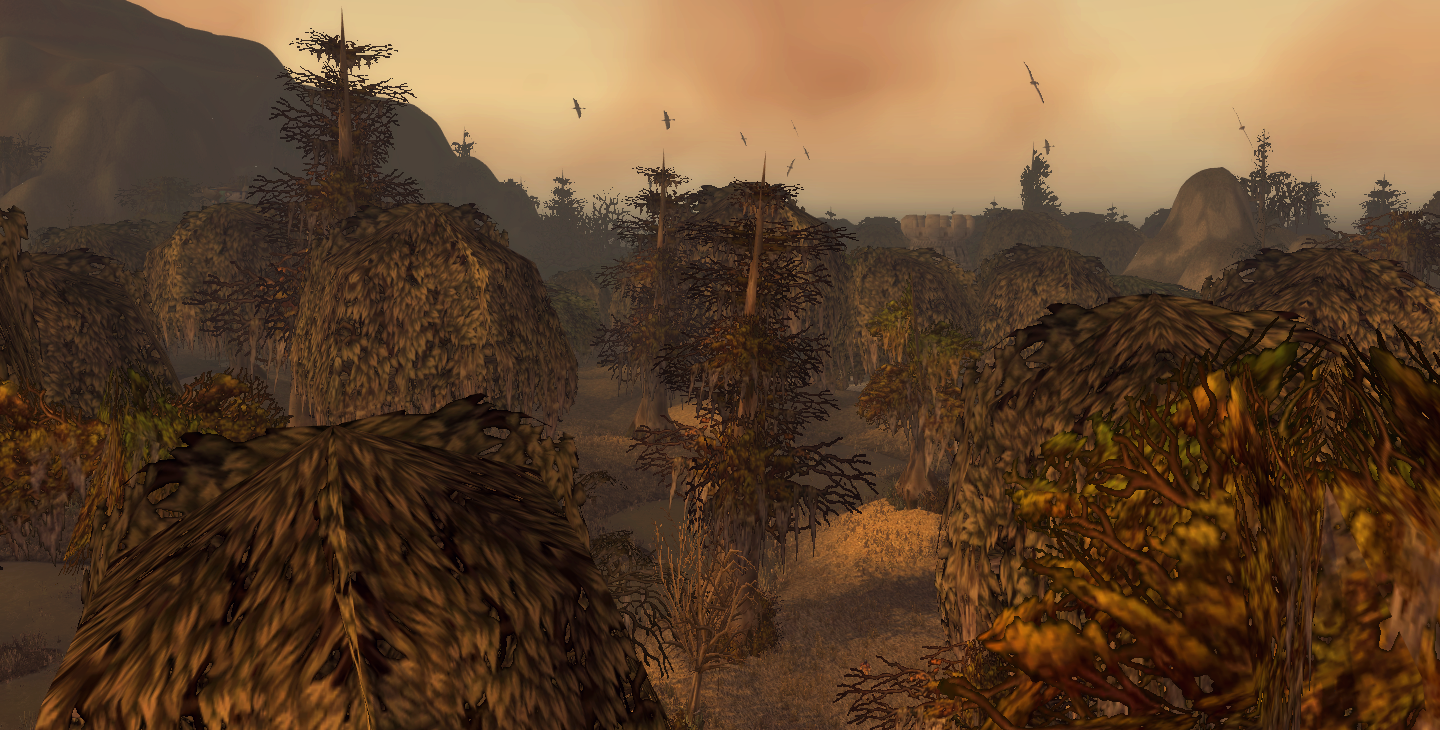 Marsh area reminded me of home instantly. It reminded me of going trawling with my Dad when I was younger. The fact that it's along the coast also makes me think of all the fishing jobs around here. Most younger men work on off-shore oil boats while a lot of the older men still make their living catching shrimp, crabs, and fish. Of course, if you look carefully enough in Dustwallow, you can find Nat Pagle fishing! 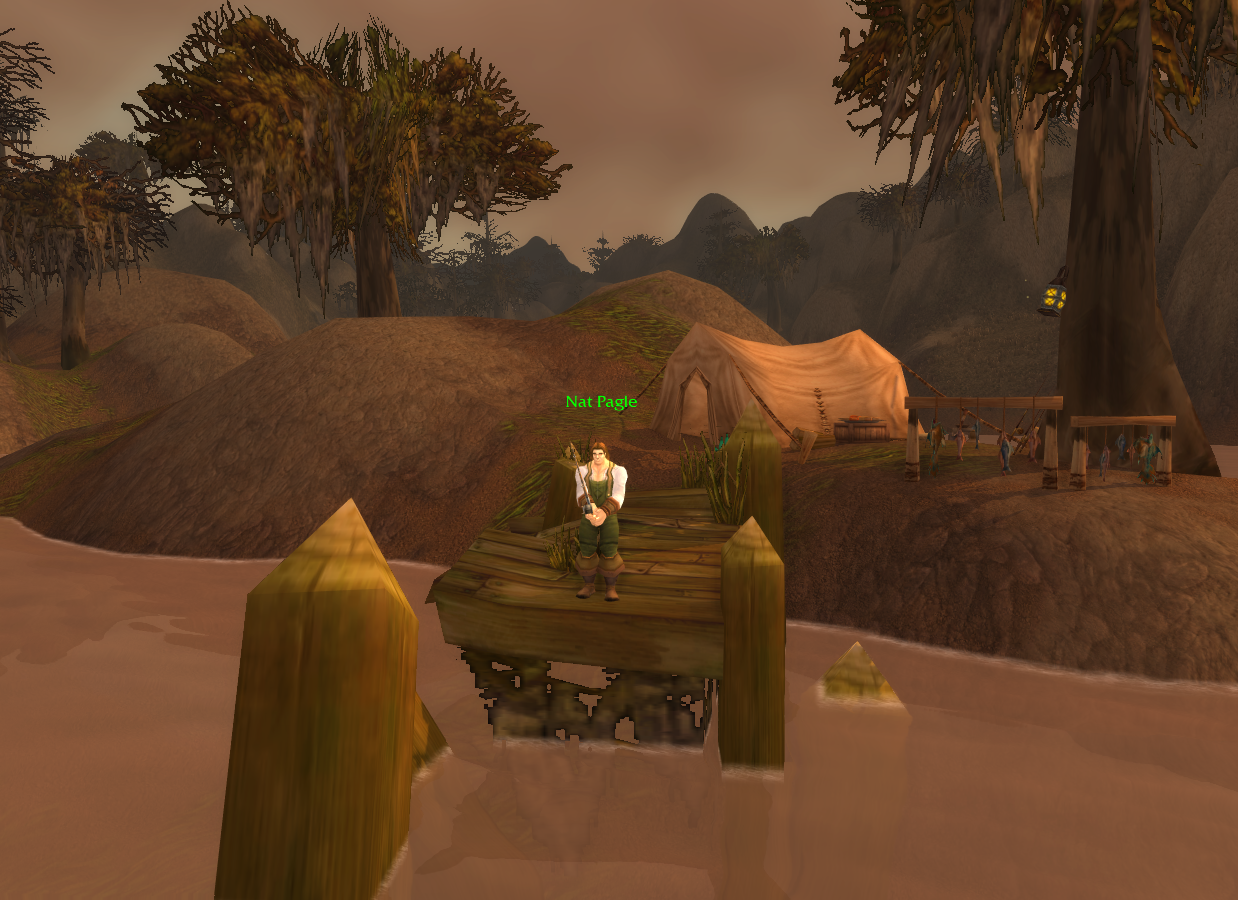 When you first enter Dustwallow, there is the broken down Shady Rest Inn. While you find out that the Inn suffered a fire to cover up it's past, it still reminded me of a place close to home. The place where I live is prone to getting hit with hurricanes. In 1893, there was a really bad one that hit the port town of Grand Isle and wiped a town called Cheniere completely off the map. I've seen pictures of the destruction it left, and what was left of the Herwig Hotel reminded me exactly of that little end sitting at the entrance. 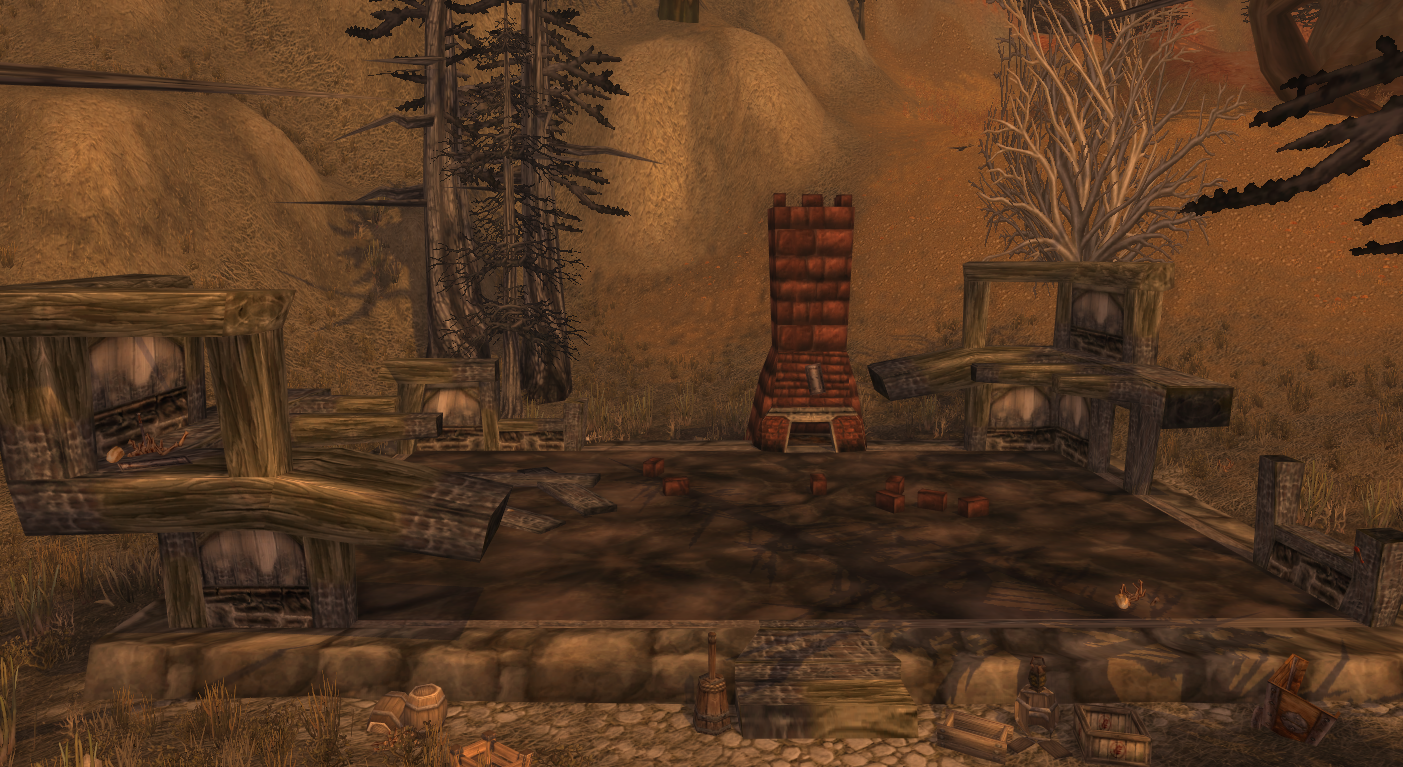 Something more recently added to Dustwallow also made me think of that lost town of Cheniere; the destruction of Theremore. Some of the survivors from Cheniere left, but many stayed and tried to rebuild. One of those nearby towns they settled in is called Leville. Of course, they buried lost loved ones in the swampy ground. I was about 12 and headed to the beach when my parents pointed out the old graveyard. At the time, the water was coming up upon them. Now you can't even see them anymore. Water has taken them to the bottom of the sea. Hopefully the Theremore graveyard holds up a bit better than this one did.

There is a lady named Tabetha who used to gives the mage quests back in Vanilla and Burning Crusades. She always reminded me of the New Orleans Voodoo Queen Marie Laveau. I have no idea why, but maybe it's because she was practicing magic and took on apprentices in such an out of the way little area in the swamp. 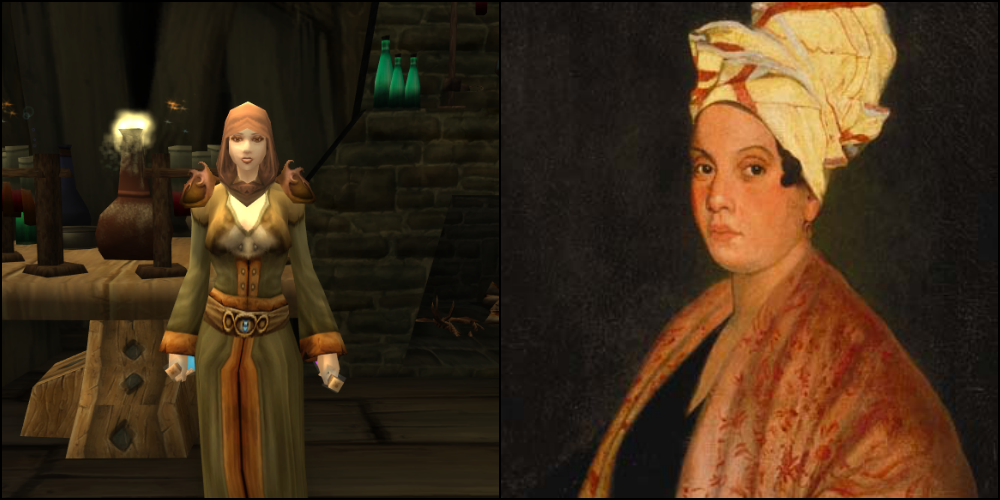 The quests that involve Swamp Eye Jarl and Mordant Grimsby remind me of tales of spirit possession and "zombies" that follow the voodoo culture. I also love the fact that their little hut is called Swamplight Manor. If you haven't done this quest line, I suggest doing so. It's one of my favorites in the zone! 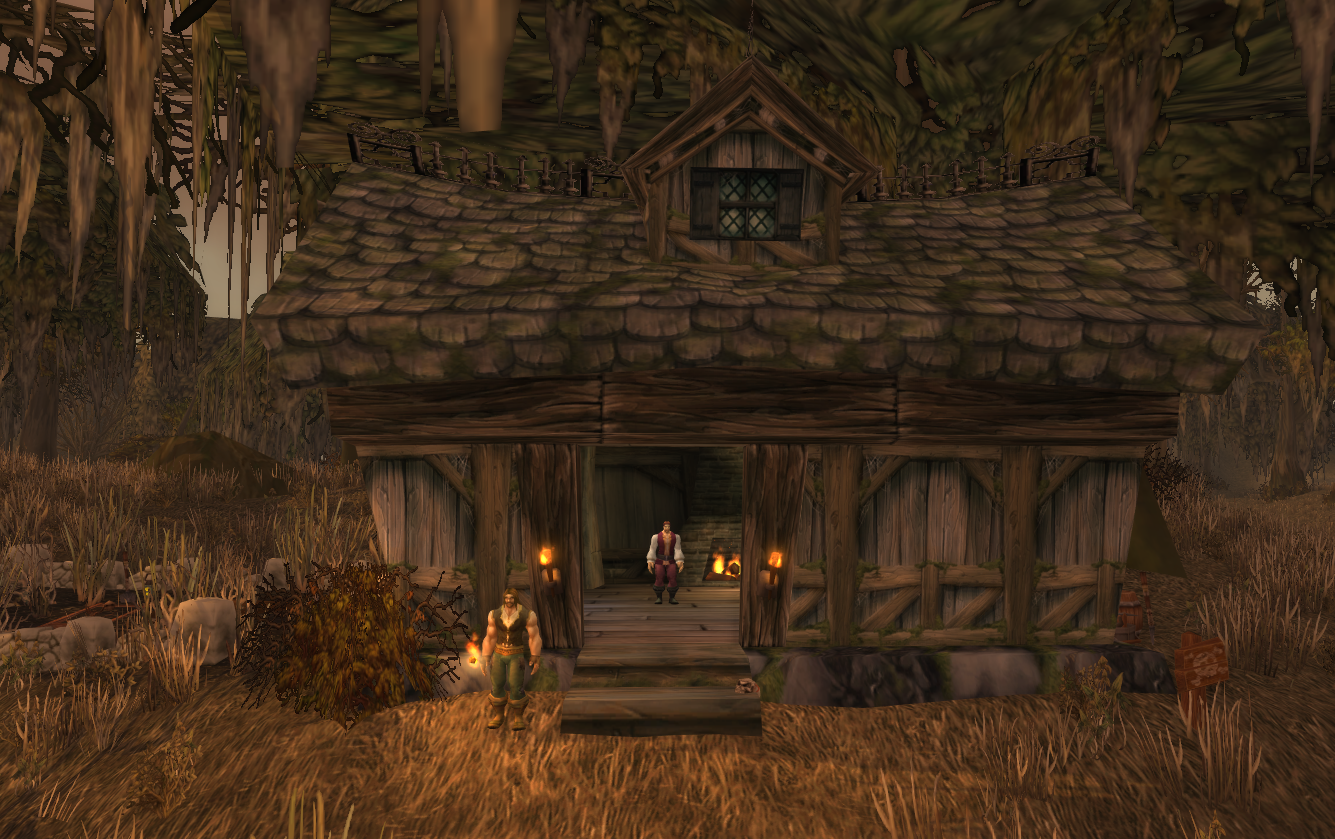 Finally, this has nothing to do with the zone of Dustwallow Marsh, but I can't help but think of our yummy Cajun cuisine when I see certain WoW foods pop up. The cooking daily Crawfish Creole definitely makes my mouth water, and I can't help but get hungry when someone puts down a pot of Goblin Gumbo! It's the little things like that in WoW which I absolutely love because they remind me of who I am and where I came from. That is always something you should never forget! 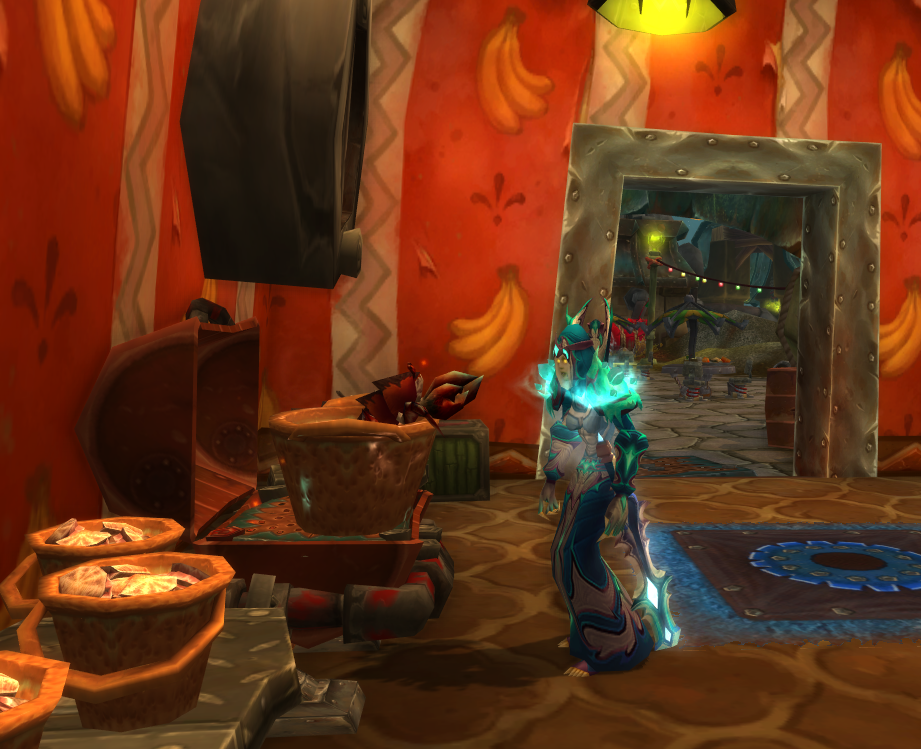