Ever since I stumbled upon the magical mushroom circle in Tirisfall Glades and hearing about others experiencing the event, I wanted to see it. I never had the opportunity, so a few months back I decided to take Vel out there to wait for the event to happen. This is is my, or better yet her, encounter of the Whispering Forest event:

8:07 - I've heard tales of the Whispering Forest, but I've never seen it for myself. I left the comfort of the Shrine and set off to Tirisfall Glades. Once I arrived, I noticed two of the Fey-Drunk Darters were already flying around. I took rest upon a mushroom and decided to wait. 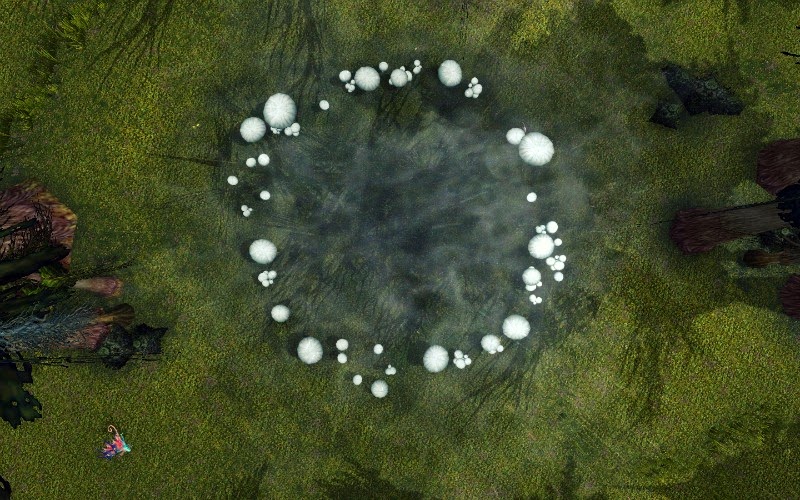 8:15 - At this time I was beginning to think that they may spawn every seven minutes since I heard rumors that it took seven Fey for the event to begin. The woods are quiet tonight and a chill wind blows through. Nothing else around except a few stags and their plagued mates. Not very unusual since the land around is mostly dead. I should know first hand since I come from a place not far from here...

8:24 - I guess my theory of the Feys spawning every seven minutes was proven to be wrong. Before I could even finish writing down my last observation in my journal, the 4th and 5th were fluttering around before my eyes. It seems that there is no pattern that I can notice. I will keep watching.

8:28 - As if the chilled night air wasn't enough, it just started raining. To warm myself I decided to take a walk around the area. Aside from small rats, deer, and some little bugs, I found a sleeping bear. Again, it looks plagued like much of the wildlife around, yet so out of place to be this high up. Regardless, I don't think it noticed me as it didn't even move from its sleep.

8:33 - After my trip around the forest, I walked back to the mushrooms. The 6th Fey popped up out of thin air. It's still raining and doesn't look like it will be letting up anytime soon. I would love to have a warm cup of tea from the Shrine, but I suppose that will have to wait.

8:48 - So almost 40 minutes after I arrived, the 7th Fey has come. The next part is supposedly the longest part. I just have to be patient and wait until they decide it is time. Hopefully I am worthy to witness such an event. I am nervous and excited all at the same time. I've heard so many rumors about this place... maybe I shouldn't get too close?

9:40 - I had nibbled on a few pieces of bread and tried to give some crumbs to the local wildlife, but they weren't interested. Suddenly I noticed the Darters beginning to circle around me. Before I knew it, they were merged by a green light and began to sing their haunting song. I felt compelled to join in the celebration, but using better judgement I decided to watch from afar. It was so mesmerizing and before I knew it, the deer had also joined in watching. It was almost as if it were too beautiful to look away, and some "magic" was almost forcing you to watch.

Before I knew it, it was all over. The Fey Darters were gone and the wildlife began to slowly walk back into the Whispering Forest. As I write about this now, I don't think my words can explain the beauty of this event. This is something that if you have the time, you should definitely go and experience it for yourself.

I wanted to continue on with this post about some speculation and my thoughts on the Whispers of Tirisfall, but I realized the post was getting way too long and very confusing. Instead I have decided to break it up into two parts. Stay tuned for next week when I pick apart the Whispering Glades. 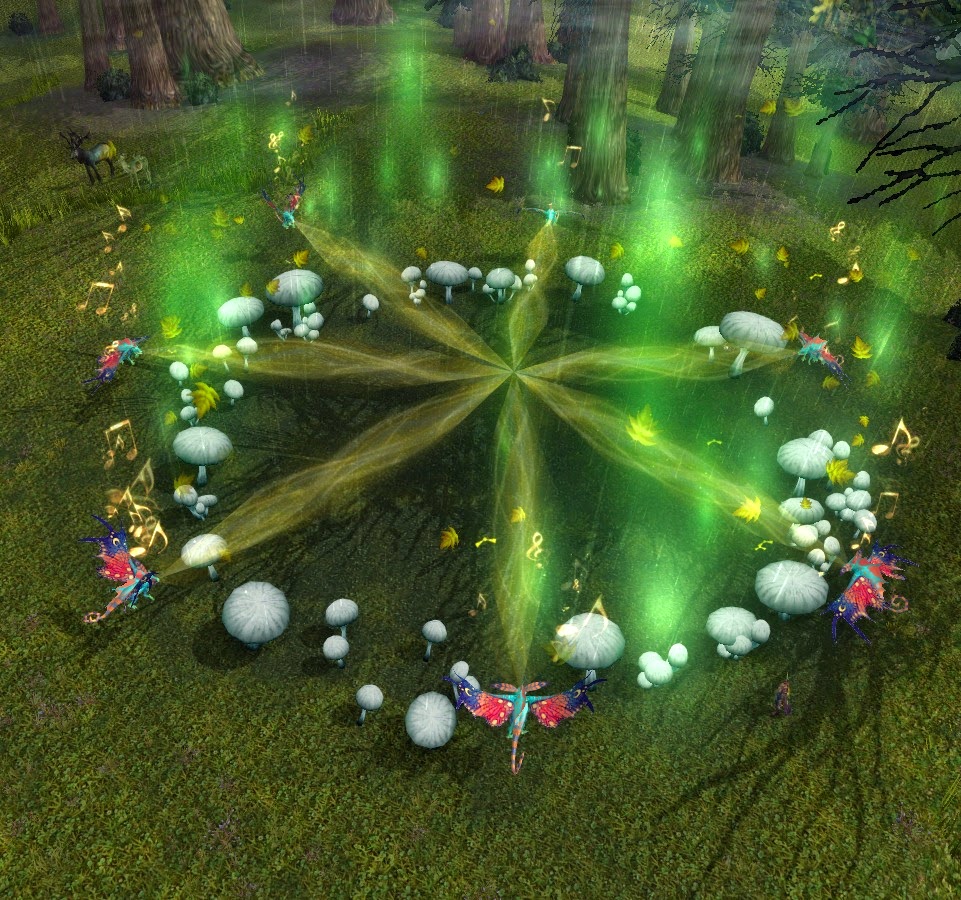