Just as many others did, I saw the Warcraft movie this past weekend. I have been hearing about this since I've started playing WoW, and I know others have been waiting for it even longer. To finally have something like this happen is absolutely amazing. I was so awe struck on seeing my favorite video game come to life on the big screen, and despite all the critics giving it terrible reviews, I went in with an open mind. I knew the movie lore was different from the game lore, so I was prepared for that. While I really enjoyed the movie, there were still things minor things that bothered me. I wanted to put down my opinions on it to perhaps persuade those who haven't seen it yet. Don't worry, I promise it's spoiler free. 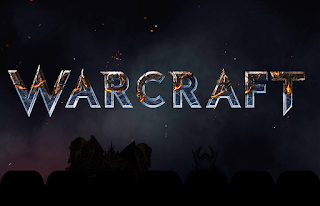 What I Liked
First off, if you haven't listened to the movie soundtrack, I suggest you do that. The music for the film was amazing. Right from the beginning you get the title track that sounds like something straight from the game. Ramin Djawaldi did an amazing job just as I expected.

The CGI is amazing! As someone who plays a mage in game, I was excited to see all these different spells being cast and naming them all as it happened. The orcs looked phenomenal! They looked so realistic and believable. They were very detailed. In some scenes you could see little hairs on their skin. Also the dwarves looked great. I haven't heard many people talk about them, but they are perfect Warcraft dwarves. I can't say anything more about this than the CGI was top notch. Imagine what you see in Blizzard cinematics and multiply that by a thousand.

The orcs were amazing. Every single actor and actress put in their all and played a believable role. From the first scene in the movie, I fell in love with Durotan and Draka. Not only could you feel the love between them, but also the respect they had for one another. Different feelings brewed up as the movie carried over from Blackhand, to Gul'dan, and definitely to Orgrim. Every scene between the orcs was perfection. I just have to say that Toby Kebbel played an absolute amazing Durotan, and I could have watched an entire movie based around just him and the Frostwolf clan.

On the human side, I wasn't sure how to feel after I heard some rather harsh reviews about Medivh and Khadgar, but I loved them. I like the casting choice of Ben Schnetzer. I loved the awkwardness that he brought to young Khadgar, and I think many people relate to a character like that. For Medivh, I was a little unimpressed at first, but as the movie went on he turned out being my second favorite character. He had the hints of madness and fear that you would expect Medivh to carry all while trying to hold everything together. I think many people missed the complexity of the character Ben Foster was trying to achieve. Once again, I could have watched an entire movie revolving around those two mages.

What I Disliked
From very early on in the movie, it's apparent that the time lapse feels a little... strange. Sometimes it's not clear whether it's been a few days, months, or even longer that has gone by. As someone who knows the Warcraft universe, I knew these things didn't happen overnight. As someone watching who doesn't know, they may be confused - especially having Garona speaking broken common in one scene then perfect common in another. I'm not sure how they could have portrayed time going by, but I'm sure it could have been done in a non cheesy fashion.

While I praised the orcs for being absolutely amazing, I thought that the humans fell flat at times. I believe if it weren't for Khadgar and Medivh, the human story would have been very boring. I was very unimpressed by Lothar, who I was actually looking forward to seeing on screen. I know a lot of people love Travis Fimmel from Vikings, but I'm not so sure he sold me on Lothar. He often came off as empty and something about him on screen just made me uncomfortable. Maybe it's the way he was looking at Garona, but I can't exactly put my finger on it. 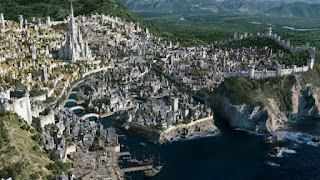 King Llane and Queen Taria were no different. I felt no attachment to them as I did with Durotan and Draka, and they didn't feel like a powerful royal unit. There is only one, maybe two, scenes where I thought the King's true emotions and feeling are shown. Other than that, nothing. I think maybe if there were a private scene where he and Queen Taria could have talked more candid about how they felt about the orcish invasion and their kingdom, this may have changed my mind. I can only hope something like this exists in the deleted scenes otherwise, I really didn't care for them.

Of course there are other things little things I liked and disliked, but those points I talked about are the bigger ones. After calming down from seeing it and thinking it over, I'd have to give the movie a solid 8/10. While it's not the best movie I've seen, it's definitely not the worse. I do plan on seeing it once or twice more, and I definitely will be buying whatever the best extended cut/collectors edition they will be releasing on Blu-ray. Basically if you like fantasy movies, you may like this. If you love Warcraft, you will definitely enjoy this. If you're looking into get into Warcraft, sure, go see it! Just don't let any reviews turn you off to it. Be your own critic and judge it for yourself.