So me and Pigletoos are sitting around last night and chatting about a few things when he asks "how long has it been since you've written a blog post?" I check... it's been over a month! Quite frankly, I have nothing of any interest to talk about, so I guess I will catch everyone up on what's going in in Velgana's world.

Since 6.1 my gameplay has decreased dramatically. Usually I'm really excited to level up alts through the content again, and it's just not the case this time. I have other alts I've been leveling through older content, but by the time they hit level 90, I move on to the next one. This past weekend I finally did the Tanaan starting zone on my troll priest, so I'm slowly making progress with her... slowly. Sadly, Pigletoos didn't stick around, and he temporarily deactivated his subscription. He said he will come back before the end of the expansion. Sometimes a break is a great thing!

The good things to come out of 6.1... more junk to collect! One of the first things I did after the patch launched was fish my little heart out until I caught enough lunkers to buy the sea calf. I couldn't be happier with it, and it's currently always following me around! I wasn't one of the lucky ones to get the S.E.L.F.I.E. Camera right away, but the mission for it finally did pop up. I just got the extra lens for it that made it a toy, so now I can take advantage over making all my alts looks silly! 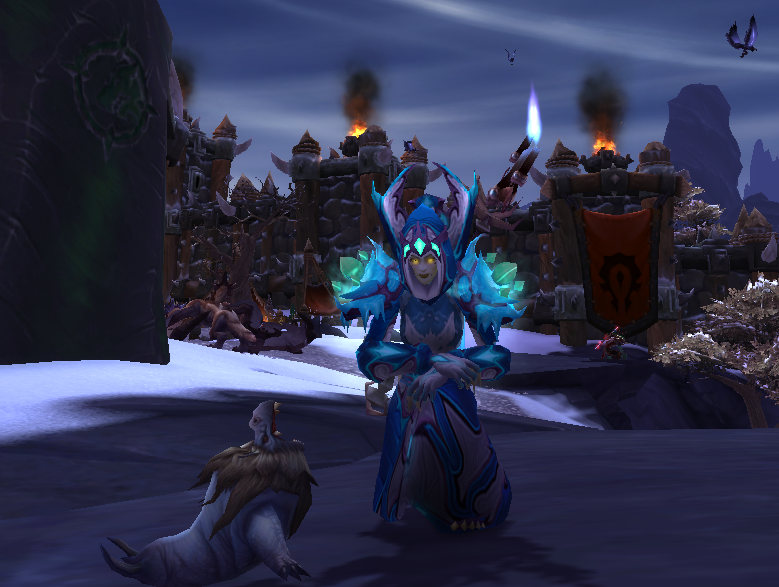 I've also been on the hunt for the Void Talon mount. I was pretty obsessed with it after someone on twitter mentioned it. I haven't been "camping" it like some people though. I'll have to dedicate some time to doing that soon. I've have been running old raids for mount. Still no Invincible yet, but I got Experiment 12-B. It's such a funky colored mount. I think it looks pretty decent with my tier 3, don't you think? 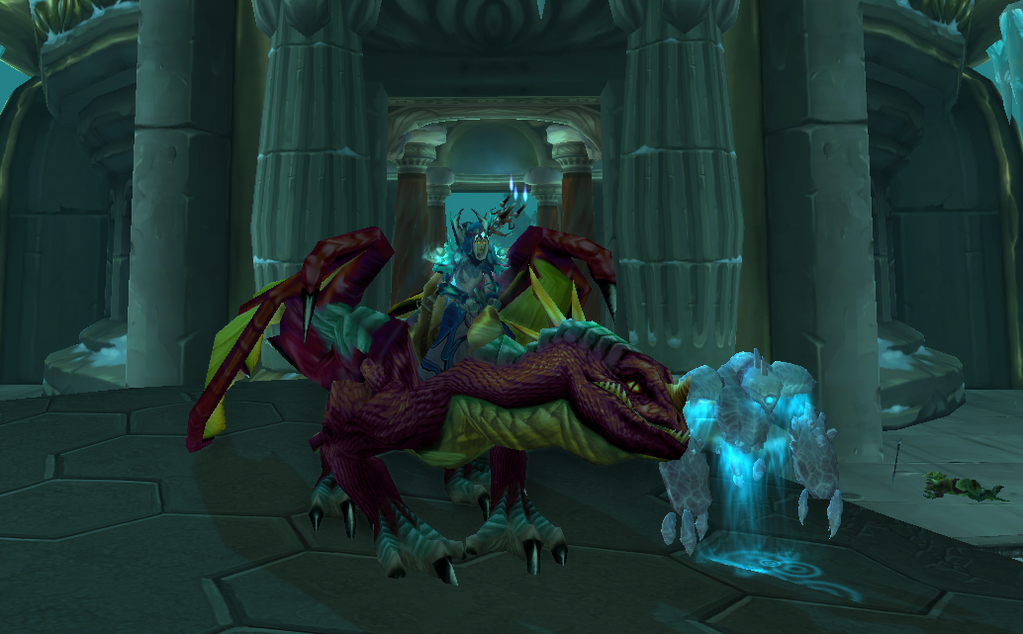 Now, the next thing I want to talk about involves the 6.1 legendary quest line. I will be talking about spoilers under the cut, so if you don't want to be spoiled, thank you for reading, and I'll see you again soon! If you've seen the spoiler cinematic and wish to continue, follow me this way. 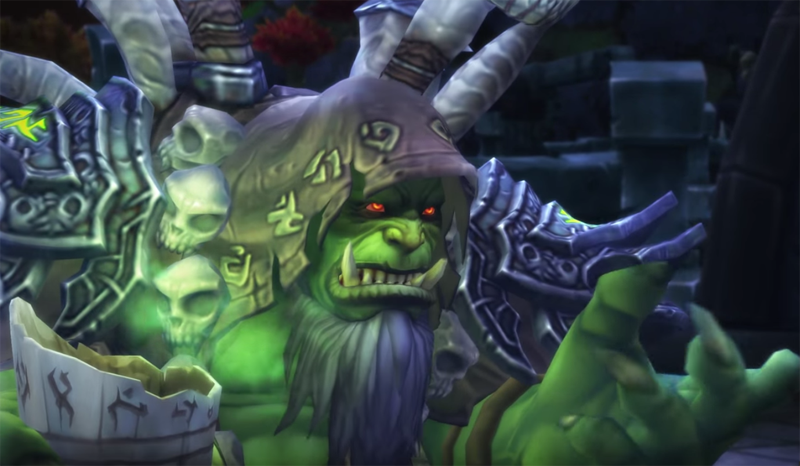 I watched the cinematic, and I absolutely loved it. I love picking up on the most subtle expressions; especially when Gul'dan tells Grom that Garrosh was his son. There is this slight ease up of his tense eyes. It gives me goosebumps.

I usually put my faith in Blizzard's hands, but there is one thing that I don't think I can handle. I don't think I can be happy if they decide to bring Garrosh back as some kind of demonic creature that's been twisted by Gul'dan or the Burning Legion. I don't think it's necessary as I think he had the perfect ending in Nagrand. I will flip if this happens, and I'm really hoping it doesn't. It's still too soon to tell what will happen after Blackrock Foundry, but I'm hoping WoD is going to have a better ending than the intro it had.