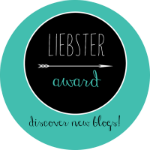 Last year I was nominated for a Liebster Award and I was extremely grateful. I completely forgot about it until I got a notification on twitter that I was nominated again. This time it was from Fussypants over at Growing Up Azeroth!

While I do have more then 200 followers on Twitter, I definitely don't have that many subscribed to my blog. Most people read my posts once I link them there, and I'm extremely grateful for that. Last year I didn't add the 11 facts, so I won't do that again this year, but I will answer the questions. Bring them on!

1. In your opinion (not based on views), which article that you’ve written is your best?
I have two that I really like. I loved writing about the Blog Azeroth RP Intro blog topic. I told the backstory of Velgana. It's between that one and a post I did about the Dark Below speculation when that was an ongoing rumor.

2. You wake up in Azeroth as your main character. What do you do?
Oh goodness, I would probably port around to all the major cities and go shopping. After that I'd fly around on a dragon, looking at the gorgeous world!

3. What motivates you to write?
This is a tricky one. Recently I've been at a lost for things to write here, but I'm still writing RP things over on Tumblr. Sometimes I get inspiration from conversations on Twitter or something that I've found in game. Other times it's just random things that come to mind.

4. You can have one spell in real life that isn’t a mage spell.  Which one do you pick?
This is a tricky one since I'm a mage, so let me think. I think stealth would be pretty nice. I could get out of awkward situations easily, and if I didn't want anyone to notice me I could blend in with my surroundings!

5. Best noob mistake?
Hmm, I don't think I've ever made a good noob mistake! Looking back, they have all been pretty bad. I think some of the better noob moments would have been when I just started the game, and I used to go heal dungeons with my lowbie priest; I was terrible but so was everyone else! I've met some great people while we were spending a long time looking for the rest of a group in trade, and chatting while trying to clear those dungeons that took forever.

7. What was your first video game?
The first game I played was Super Mario Bros./Duck Hunt on the Nintendo Entertainment System. Me and my mom used to play together for hours. I have such great memories of that!

8. If a patch is released and no one is there to play it, do the forums QQ?
Yes! The forums are forever drowning in the QQ.

9. If you didn’t play video games, you’d be…
I have no idea, really. I've been playing video games since I was 2, so it's imprinted into my soul. Maybe I would be drawing and writing more. I'm really not sure though.

10. On a scale of 1-10, how much have you enjoyed WoD (1 being not at all and 10 being its the best thing since sliced bread)?
I'd say about a 6 or a 7. I am pretty disappointed in the expansion to be honest. I really liked leveling through the content, and seeing the old world, but now that I'm max level, there isn't anything I really want to do.

11. What’s the best thing about blogging?
I get to express my thoughts and feelings, and I get to be creative with storytelling. There is nothing better than having a cup of coffee in the morning and letting the words flow.

Now for my picks. I went through my blog roll, and I was sad to see that many people haven't wrote a post since last year. I picked out a few people who I follow on Twitter also, so hopefully this little poke might give them the motivation to start writing again!
- http://admiring-azeroth.blogspot.com/
- http://salvirashangout.blogspot.com/
- http://rinike.com/
And finally, I know this person is extremely busy with a new addition to the family, but I think they deserve a nomination:
- https://harpysnest.wordpress.com/

In fact, I'm tagging YOU in this too! Just because I didn't list your name up above, doesn't mean you cant participate! If you have a blog and want to answer these, post a link in the comments below. I'd love to read them!

1. How long have you been blogging?

2. If you could send some of your followers from your garrison to do some chores for you, what would you make them do?

3. How do you feel about the direction Warlords of Draenor is going?

4. If you could make anything into a mount for your character, what would you pick?

6. Out of all the Azerothian cuisine, what do you think you could sit down and eat?

7. What is your favorite thing to do in game?

8. What is your favorite WoW memory?

9. If you had to pick one, which battle pet would you like following you around in real life?

10. Are you loyal to one faction or do you play on both sides?

11. What other games have you been playing recently?