Transmog Time: Link from The Legend of Zelda

Back before the world revamp for Cataclysm, Un'Goro Crater housed a ton of Nintendo references. You could find an NPC named Linken that would give out a few quests that had some pretty unique rewards. I still have my Faded Photograph, but none of the other items. Linken can now be found as one of the random party members that joins you during The Protectors of Hyjal daily.

Last month, I ordered The Legend of Zelda: A Link Between Worlds. I didn't even get a chance to play it yet since I've been finishing up Yoshi's New Island in between redoing my Animal Crossing: New Leaf town. It's no secret that I've been a fan of the Zelda games since I owned my Nintendo way back when I was a small child, and one of my all time favorite games is Ocarina of Time. I know a lot of people tend to do a Mario transmog, but I hardly ever see anyone doing one of Link. As always, this is catered to cloth wearers, and I think it looks wonderful on humans and blood elves! 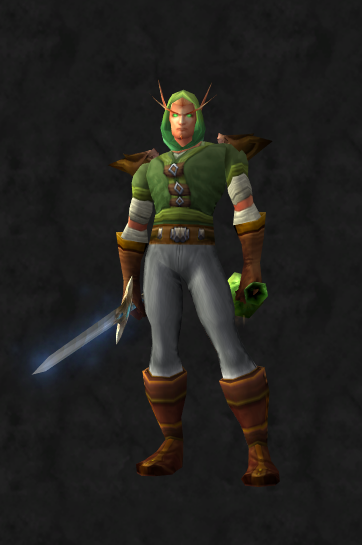 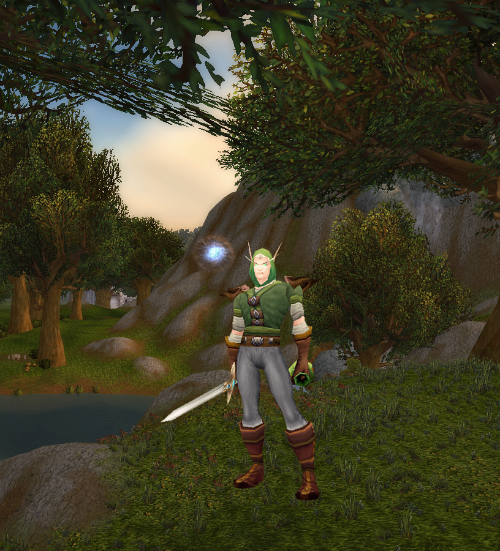 As a few more things to make the look a bit more authentic, I suggest using the Nordrassil Wisp mini pet that can be caught in Mount Hyjal; It makes for a great looking Navi! I used WoWmodel Viewer to be able to mount an Alliance mount on the Blood Elf, but they have plenty of other horse options for you to pick from. I think this look is perfect for any adventurer who wants to take down the evil Gannon... er, I mean Garrosh! 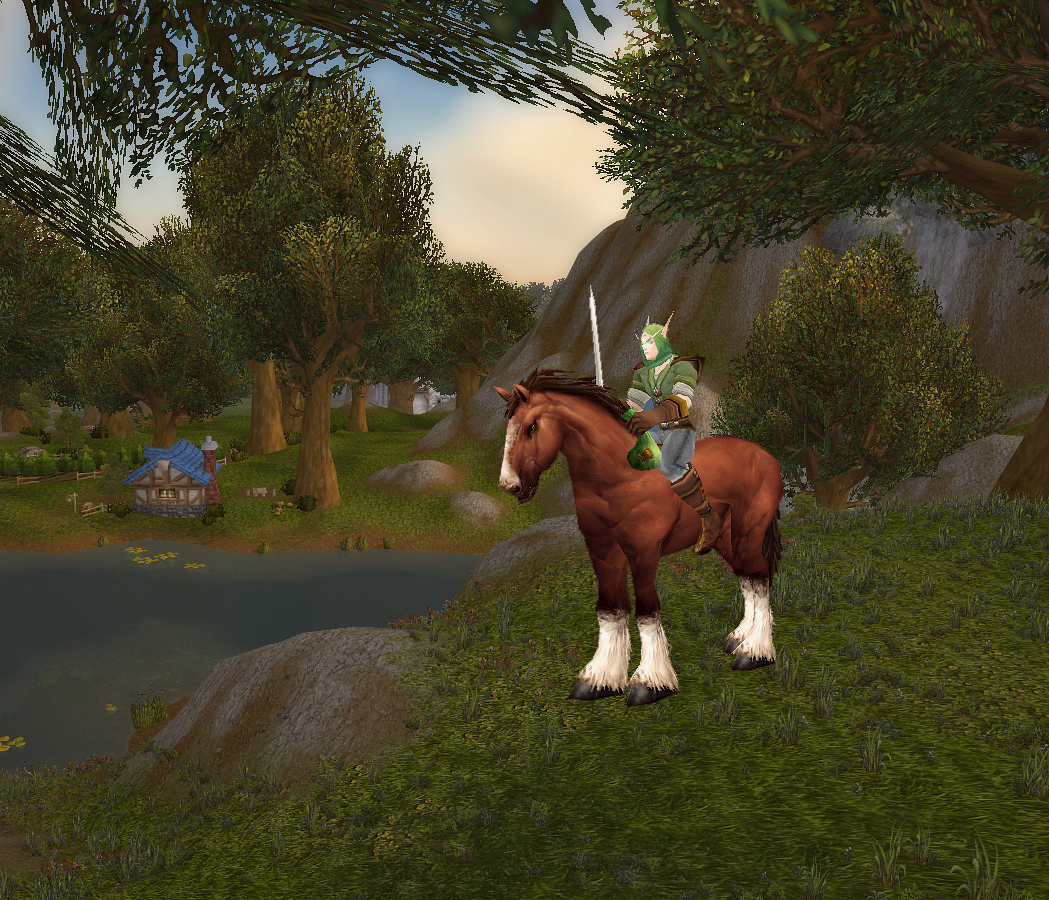