First off let me start off by saying that Siege of Orgrimmar had its 1 year birthday this week! I want to wish it a happy birthday. I didn't really need an excuse to bake a cake, but wanting to make this picture definitely gave me a better one. It's a red velvet cake with Nutella in the middle and cream cheese frosting. Of course it was terribly decorated by me and Pigletoos. I hope Garrosh enjoyed it! 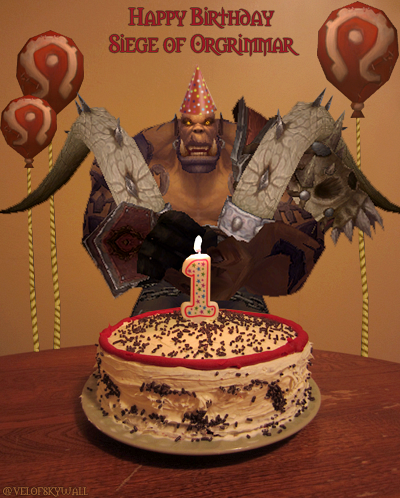 I haven't even had a chance to discuss the official cinematic or Lords of War videos yet. The official WoD trailer is absolutely amazing, and even more stunning to listen to with a really good pair of headphones on. I love the immersive sound it has. You can almost feel Mannoroth walking up behind you! Personally the best part for me was seeing Garrosh save Grommash from what should have been his death.

Lords of War is done in the same art style as the Burdens of Shaohao. Personally I love it, and I could watch a complete movie done like this. I hope Blizzard continues to do these for each expansion. As I write this there has only been two parts released, but by the time you read this there will be three or more. So far my favorite is the story of Grommash. 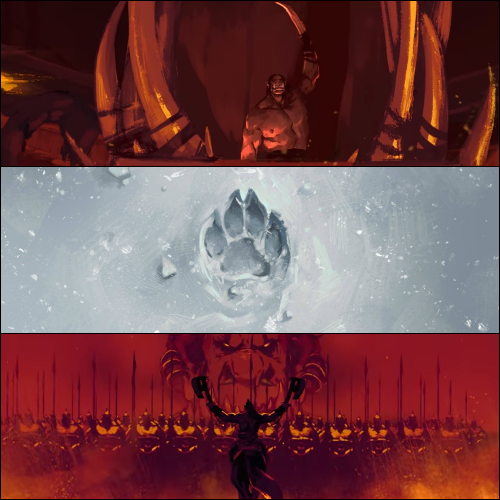 I've also started to freak out lately with the addition of patch 6.0.2 going live on the PTR. I've been trying to get some MoP things done, and I'm pretty close to getting there. My only big goal left is to try to complete Brawler's Guild. I was stuck on G.G. Engineering, but after much persistence last night I was able to complete that entire rank. Now I'm stuck on Hexos! I want to complete Brawler's Guild more for the mount than the title since I never use any. I'm so close to getting Mount Parade, but I think I will have to wait for Warlords to put me over 200. 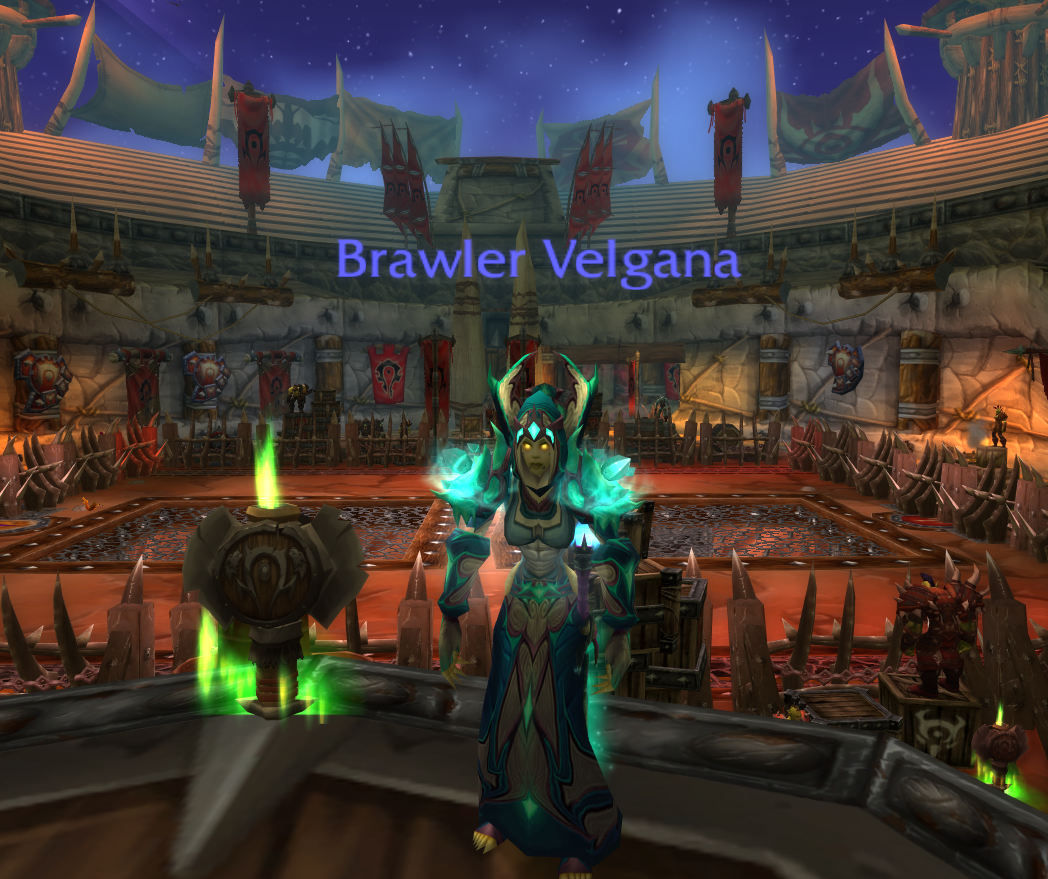 I wish I had more to talk about, but nothing really important has been going on. Between the holiday last week and a new cat, things are still running abnormally. I promise that next week to have a good post lined up! For now, I'm porting out to enjoy an early start to my weekend.