A few weeks ago I got a message from a friend who plays WoW with us. He asked if I could do a post on Newman's Landing. I figured this would be the perfect time. Rather than just talking about this as an exploration post, I decided to make up a little story to go along with it. We're gonna be traveling by boat, so grab your pirate hats and let's get going! 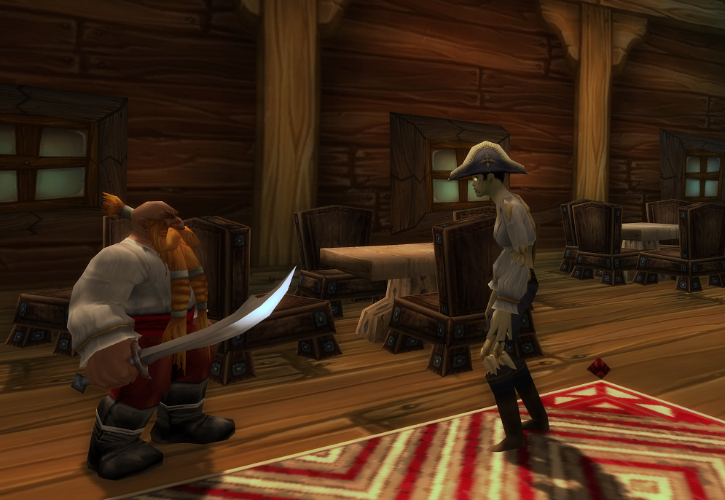 I've heard tales of Newmans's Landing while passing through Booty Bay. One day my curiosity got the best of me, and I began asking around. Most of the people I talked to were afraid to talk about the place. I was beginning to think it didn't even really exist. There were rumors of illegal trading, and ghastly initiation rituals for "new men" joining the pirate ranks. I decided to scope things out myself.

I was able to borrow a ship, and I took to the seas. The place was really easy to find, but I was quite disappointed upon arrival. Things looked pretty run down, however, I did see goblins fishing off of the pier. High Admiral "Shelly" Jorrik sat there with two Booty Bay Bruisers who were drinking and laughing. I was shocked to have been greeted so graciously. I sat down with Admiral Shelly to see if I could get some more information about the place, and to see if any of the rumors were true.

Admiral Shelly opened us each a bottle of rum and began to explain to me that the house had been there for ages. It used to belong to a little fishing family. Once the Orcs invaded Azeroth, the family fell victim to them. The story goes that the savage Orcs killed them and tossed their bodies into the raging sea. It wasn't until many years later that some pirates stumbled upon the rundown house and slaughtered the remaining Orcs that had taken up residence there. 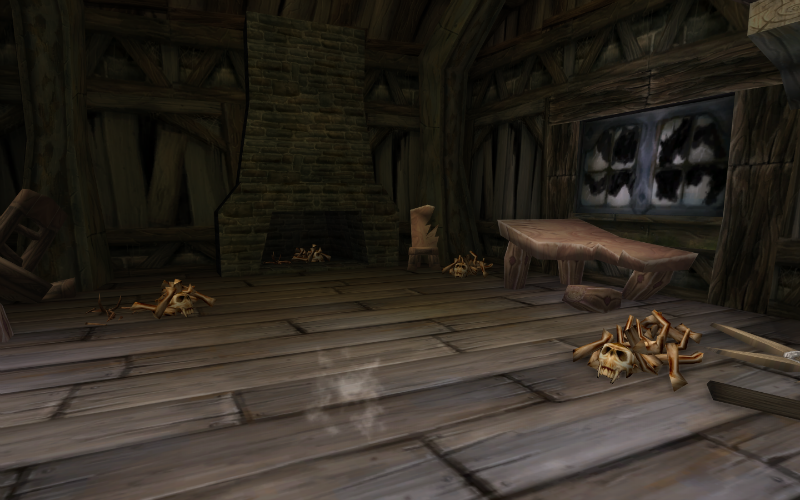 Pirates began to use the place for trading; rum, cloth, exotic foods, basically whatever they could get their hands on. Sometimes they would take new members of their crew here for an initiation process. The Admiral said the process usually involved getting tattooed and being thrown in the cold waters to swim back to shore. Definitely not some of the horror stories I heard down at the Bay.

"We may all be scum, but we still have some respect for each other. Since I left the Bloodsail Bucaneers, I decided to take of residence here. There is still some trading that goes on, but many things have quieted down since the Shattering," he said with his huge Goblin grin. "We like the tales people make up about us. Keeps us mysterious, dangerous, and feared throughout the land. There is no doubt in my mind though, one day the Pirates will rule these seas once again." Before I left, we shared a meal of grilled Smallfish, and he offered me a rare pattern that he gets his hands on every so often. They offered me to stay the night, but I politely declined. I figure it was better I take off now than to wait until nightfall. I got on my boat and set my sales back to Booty Bay. With the wind in my hair, and the salty sea air blowing across my face, I could definitely see the appeal of traveling like this. I looked down at my map and smiled; I couldn't wait to be back on land. Yo ho, yo ho... a pirates life's not for me. 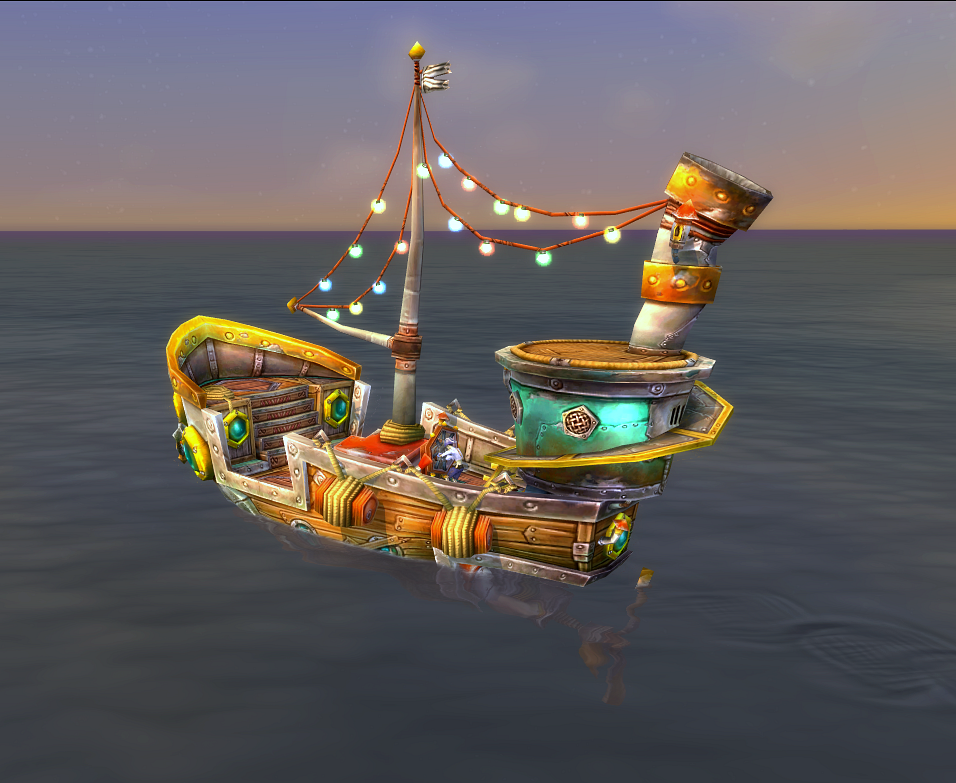