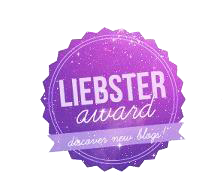 When I logged onto Twitter yesterday morning, I was shocked to see a tweet from Rhyannon from LF1M: Heals. She nominated me for a Liebster Award! I want to thank her so much for this and please go visit her blog! I've never heard of this before, so after doing a bit of research, I found a ton of information here. I really liked this one description I found:

I am always grateful that people actually read and somewhat enjoy my blog posts, but to be mentioned for something like this definitely makes me grateful I have found such a wonderful community to be a part of. Personally I think the WoW community is the best ever! Now here are the questions that I was asked to answer...

1. What made you decide to start blogging?
I had always had a Livejournal account in the past, so when I left that site I decided to join Blogger. First I had a blog dedicated to gaming, my other hobbies, and random ramblings. It was just a place I could talk, vent, and share my thoughts with other people. After a while I became bored with that and decided to take up a WoW blog to keep track of my progress in game.

2. What advice do you have for those wanting to start a WoW/gaming blog?
The biggest advice I could give someone wanting to start a blog is to write about stuff that you would want to read about. Chances are if you find it interesting, there will be others that also will be interested in it. I had this blog for years before I started getting a tiny viewer list. It won't happen overnight, but if you keep writing and getting involved in the community, the views will come!

3. What's the biggest noob mistake you recall making when you first started playing WoW?
Oh gosh, it was in my first dungeon run! I was with a random group in Razorfen Downs, and we had just killed the spider boss Tuten'kash. I was always told that blue items were better than greens, so when I saw the blue item pop, I instantly needed on it. Little did I know it was a plate chest piece that my little mage could have never worn! Luckily I didn't win the roll, but I apologized for my mistake and explained my situation. They were all understanding, and we simply continued. The server community was a lot more understanding back then.

4. Besides WoW, what do you enjoy doing on your spare time?
If I'm not playing WoW or doing anything involving gaming, I'm usually searching for toys and dolls! I collect toys from the 80s and 90s, Blythe doll, and whatever random toys that catch my eye. I have a Flickr account where I photograph most of them! Feel free to have a look if you're interested in that.

5. What's your biggest pet peeve in and out of game?
Rude people or people who just say "Google it" when someone asks a question. Seriously, it would take a few seconds of your time to explain it to that person, so why be so negative about it? Just toxic behavior in general makes my anxiety flare up in and out of game.

6. How many years have you been playing MMOs and have you ever quit and why?
The only MMO I have ever played consistently is WoW, and it's coming up on 7 years that I have been playing. The only time I took a few months break was towards the end of WotLK. A good chunk of my friends had stopped playing, and I had nothing at all to do since I wasn't raiding anymore. Taking a break was the best thing I did because it definitely sparked my interest back up for Cataclysm.

7. If you could meet any fictional game character who would it be and why?
I would probably like to meet Yoshi! He's been my favorite character ever since I first saw him when I was a little girl. I would like to ride him around, feed him apples, and cuddle with him! Move over Mario, I'm stealing your friend!

8. How do you go about picking your character's names?
My main character, Velgana, is  randomly generated name by Blizzard. How original, huh? Now when I name characters it's either something that represents their class/race or a different variation of my name. I'm not really creative when it comes to naming my characters. I think the two most creative names I have is Bubbleyum for my Paladin and Steaknfries for my Druid, heh.

9. Of all your characters, who's your favorite and why?
VEL! She's my first character, my main, and one badass looking mage! I've had so many wonderful times playing her that I couldn't possibly ever switch my main.

10. If you could pick one thing for Blizzard to bring back to the game, what would it be and why?
Chan's Imperial Robes! Seriously, those things look so awesome and were removed with the Cataclysm revamp since the rare spawn's level was reduced. I've put in a ticket for them to hopefully throw it in one of the random chests that spawn around, but I highly doubt we'll be getting that anytime soon. /sigh

11. What's the one thing you wish Blizzard would implement in the game that isn't available yet and why?
I would love a tabard tab for our characters. The main tab of my bank has been taking up by tabards that are either unavailable or that I don't want to have to grind to get back. Seriously, we need this! Also, I would love a sea calf mini pet! I don't think that's too much to ask for, right?

Now here are my nominations for the Liebster Awards. I find these blogs interesting and read them when they update. If you haven't before, I suggest you definitely check them out!
1. Admiring Azeroth
2. Alts Etcetera
3. Harpy's Nest
4. Ciden
5. Memoirs of a Pet Collector

I apologize if you have already been nominated and filled out some questions. I can't keep up with all the nominations! You also are under no obligations to fill these out either. I just thought it would be fun. Anyway, here are my questions to all of you above:

1. What made you start playing World of Warcraft?
2. Some may be healthier than others, but what is your favorite snack to chomp on while gaming?
3. Where do you draw inspiration for your blog topics?
4. What advice would you give to someone who wants to start blogging?
5. What is your most treasured item in WoW?
6. How do you balance your time between gaming and doing real life things?
7. If you are going to be playing during Warlords of Draenor, have you decided what character you're going to boost to level 90?
8. Do your friends and family know about and read your blog, or do you hide it from them?
9. Out of all the world, dungeon, and raid bosses from Warcraft, who would you like to have dinner with and why?
10. When you're not slinging spells or swords, what do you do? Schooling, work, hobbies, ect..
11. If Blizzard decided that at the end of the day they were going to pull the plug on the Warcraft servers, where would you log your character out at?