The Vashj'ir Sea Dragons and The Magical Pearl

While I love the water, I have this fear of the deep dark unknown sea with odd creatures swimming around. This started very early in my life too. I never properly learned how to swim, and to this day I hate going in water that's a bit too deep. I also cannot watch drowning scenes in movies or on TV. It makes me uneasy. This also pours over into my gaming. The first time I experience mild anxiety with water and gaming, I was playing Super Mario 64  as a child and going into the Jolly Roger Bay area. I think it was the sunken ship and the huge eel swimming around. *shivers*

Vel is more of an adventurer than I am, but she still gets a little nervous traveling in underwater areas. Vashj'ir was one of these zones that definitely made me uneasy. Lots of sea creatures, random elites swimming around, and the fact that you can't see much ahead of you regardless how high you turn your view distance up.
Off the coast of the Abyssal Depths, there is something that has left many people scratching their heads. It's very out of the way, and unless you accidentally swam all the way out there, you probably would never see it. So indeed, thank you to the first person who found this! Anyway, there is a group of skeletons by some strange rock formations, two bigger and quite a few smaller ones. The bigger one seemed to be attacked by another creature just like it. Around the group of skeletons sits a pearl. 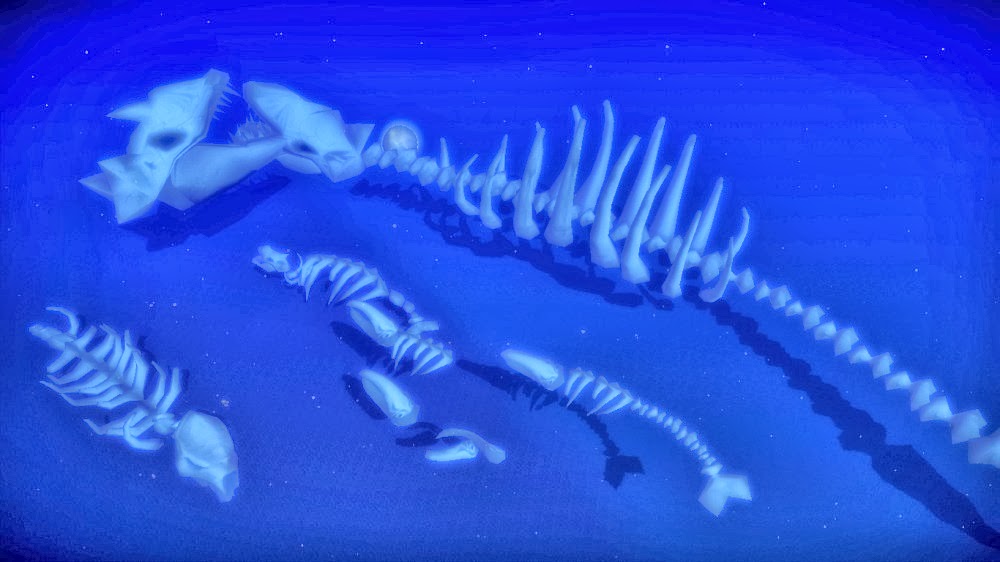 The skeletons seem to be from some Sea Dragons, a group of ancient Threshadons, or even some Kraken that lurk in the deeper oceans below. After doing the entire zone again, there is no mention of these dead creatures in any of the quest lines of Vashj'ir.

There are two quest lines in Vashj'ir involving Nespirah and L'ghorek who are labeled as "ancient ones" or Demi Gods in the Warcraft universe. Sadly, L'ghorek passes from irreversible damage caused by the Twilight Cult, but Nespirah is able to be saved. The Naga are using slaves inside of her to mine pearls. The pearls are mentioned in a quest given by Wavespeaker Tulra, but they aren't elaborated on any further after you turn it in.
I'm sure if the Naga are working for N'zoth, then these pearls are somehow involved in his plan. They seems to contain a great power, but we really don't know anything more than that. Perhaps the Sea Dragons were bringing the pearl to their colony to use in a ritual. Perhaps they feared the death of Nespirah also and we're going to hide the pearl among the rock formations for use later on.
We do know that pearls do play a part in more than one culture. In Dragonblight, the Kal'uak send you on a spiritual journey to use the Pearl of the Depths and communicate with the sea-goddess, Oacha'noa. 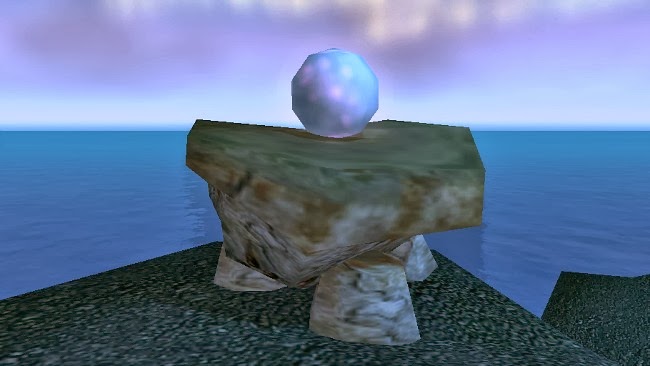 Another is in the Dread Wastes. You will find Gokk'lok, this huge ancient clam. After defeating him, the pearl inside him will magically float towards Rikkitun Village, and you will get a quest to return to the chieftain. He will give you Gokk'lok's Shell as a reward, and around the village you can see the little sprites worshiping the pearl.

Clearly pearls in the Warcraft universe have a great connection to communicate with ancients from the sea. Perhaps if we do get that "Dark Below" expansion, we'll have some of these questions answered. If you haven't completed the Vashj'ir zone, I definitely suggest you do. It gives great lore into what the Naga are doing, and opens up a new story with Neptulon that will hopefully be finished someday. So grab your scuba gear and get to diving... who knows what treasures you will find on the sea floor!