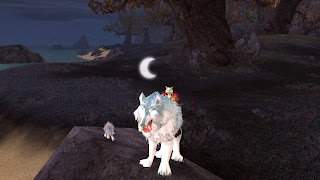 Greeting everyone! I'm done with a long day of playing around at the Darkmoon Faire. I hung out with some people from Skywall, drowned myself to visit the ghost around the Darkmoon Isle, and hunted down Moonfang!

As of me writing this blog post, I've killed Moonfang a total of 12 times! Here is my loot breakdown (minus the 3 times I didn't get loot) :
Moonfang's Pelt x1 - I think you get this on your first kill. It's a quest turn in.
Moonfang Shroud x2
Moon Moon x2 - I kept one and the other one went to my boyfriend!
Moonfang's Paw x2 - This is the item that transforms you into a wolf. There is another Paw that is a fist weapon!
Shimmering Moonstone x2

So after being there all day, I know that people really don't understand how Moonfang spawns. I ended up explaining it to a few people since trade is mostly very unhelpful and full of elitist idiots. Anyway, yes Moonfang will spawn every hour, but no, it's not really at a set time because it all depends on if the wolves are being killed and how fast.

First you will be looking for the smaller non-elite Moonfang Snarler's to spawn. 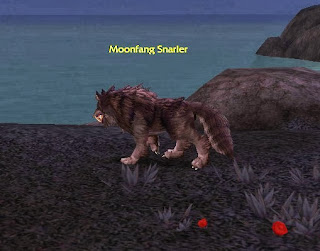 About a handful of them will spawn around the wooded area on the side where Moonfang will spawn. Your goal is to kill these in order to start the next step of the event. After all of these are killed, some text will pop up in the middle of your screen. 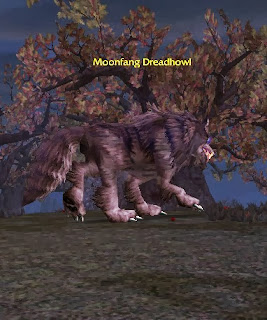 
"Beware: Den Mother Moonfang has appeared in the woods!"
The fight is not incredibly difficult, but if you're a softie clothie like me, you probably will die. /cries All I have to say is thank goodness that the graveyard isn't far away! If you're having trouble finding the spot, just look for all the skeletons! Moonfang's kill/loot system is just like the Timeless Isle rares. Anyone who attacks her will be eligible to loot her! I can only hope they make the Darkmoon Rabbit like that... anyway... 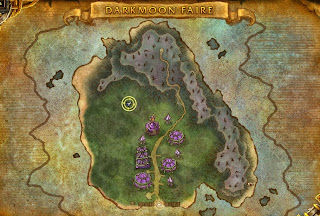 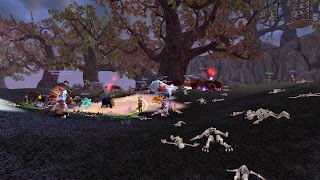 "Moonfang, Den Mother of Darkmoon Island, has been slain!" 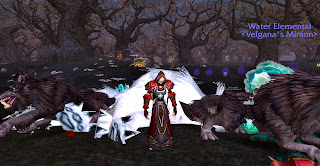 Also, don't worry if you don't get any loot. It's not a bug... you just didn't get anything. Moonfang doesn't drop any vendor trash so either you will get one of the goodies from her loot table or nothing at all. As of October 7th, Moonfang will always drop something when defeated! And if you get an item to drop that you already have and can't pick it up, the good old Postmaster will mail it to you just in case! 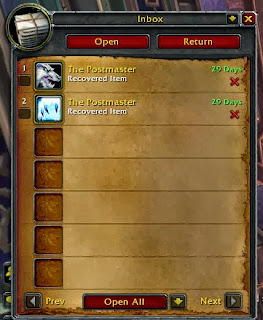 I hope you all had a successful first day just like I did. If not, don't worry, the Darkmoon Faire lasts an entire week so you should have time to get all the goodies that you want! :)