Here is another Blog Azeroth shared topic that I wasn't going to do, but after setting up MRP on my Moonguard mage, I decided that I should give it a try. Instead of an RP intro, I'm going to go with the story of Velgana up until she was changed into an Undead. I'm not going to go with digging up lore for a factual timeline; I'm just doing something fun to read. Enjoy!

"Be wary, child, of Plaguelands plain...
Be mindful, child, of the infected grain...
For if throat is parched and of infected water sip...
Forever your soul will be in cursed Scourge grip.
So heed this warning, child, and if far from mother stray...
Let light from home's hearth guide you back your way." 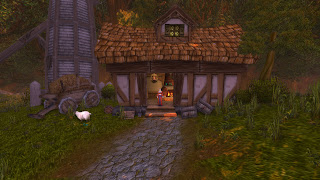 Velgana lived a simple life as a farm hand in the land of Lordaeron. She spent most of her days taking care of sheep, chicken, and horses. If she wasn't working, you could often find her in the woods around her home, feeding the deer. 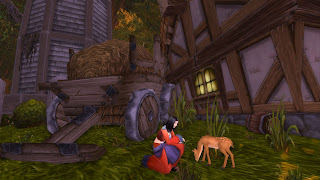 Every few weeks, a caravan would come into town bringing goods, grains, exotic meats, fruits, and vegetables that weren't native to the region. Everyone looked forward to this, because if the caravan wouldn't drop by, the townspeople would have to make the journey to the town of Stratholme to purchase goods. Like always, the cart stopped by Velgana's home. 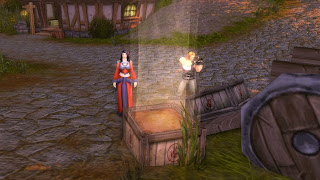 Bartleby complained, "This grain shipment has been nothing but trouble!" Vel smiled as she walked over to inspect the grain. It had a strange hue with a slight odd smell, but nothing to make her worry. She paid the man and left the crates for use later on in the week. However, it seemed that overnight, whatever was in the crates began to fester and boil, giving life to the plague that they carried within. 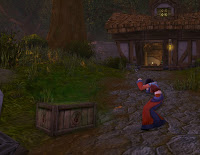 The next morning the small town was in uproar. There was talk that Arthas would be coming to Stratholme soon to hold a conference with Lady Jaina Proudmoor on the severity of the plague, and how it was being spread. It was too late, the people had already ate the food, drank the water, breathe the air... there was nothing they could do but wait. It only took a few days for most people, including Velgana, to feel the effects. Most of the townspeople left for Stratholme to beg and plead for the Prince to do something. The Inn in the town was kind enough to let most of the remaining townspeople stay there for comfort. Velgana, like most began running a high fever followed by vomiting. Everyone was so sick and so scared, all they could do was hope and pray for a cure.

One early morning screams were heard coming from outside the Inn. Someone had came from Stratholme to bring news... news that no one wanted to hear. Arthas decided that the area was to be quarantined and the sick to be killed - Stratholme was going to be burned to the ground. The people were in uproar. Some grabbed what they could and ran for their life... as far away as they could get from the Prince's destruction. Velgana did the same, but you cannot run from death. 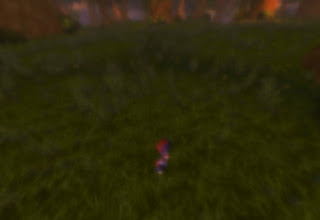 Bits and pieces of places she saw flashed through her mind. 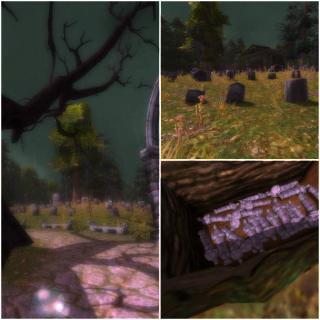 Velgana awoke, looked around, and for the first time in her life, she felt nothing. She was in a cold, dark, crypt. The air smelled foul and stale. Something didn't feel right. It seems she already knew, but didn't want to accept it. 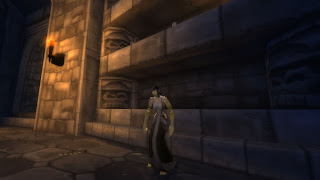 She climbed out the crypt; each step brought her closer to the sunlight. When she emerged, she was filled with immense sadness. The world did not look like she remembered it. Glancing upon the graves of those who were previously buried and dug up, she could do nothing but sob. Everything and everyone she ever knew were probably lost. 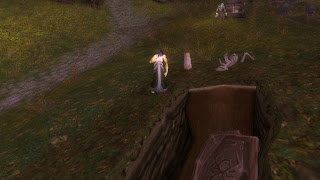 However, she wasn't alone. Everyone around her looked the same. Dried, cracking, rotted corpses, all looking for the same explanation. She didn't feel like a monster, but she was bitter. She saw the world through different eyes, and never wanted to go back to being a farmer. From that point on, Velgana decided her life would now be an unending journey. 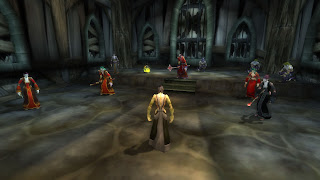 "Go to Undercity! Pledge your allegiance to the Banshee Queen! Together the Forsaken can take back what is rightfully ours! Power to the Forsaken!", the town crier screamed. Velgana wasted little time going there. Read about her pledging her oath to The Banshee Queen, here!