Blog Azeroth seems to have come to life again with the beginning of the new year. I have other posts planned out, but some of these are so good that I may be posting twice a week! I wasn't going to participate in this one, but after thinking it over I decided it would make a good continuation to my RP Intro I did a while back. I hope you enjoy it!

"What vows would your character say, intend, or break, and to what allegiance? Would it be to class/race/specialization, deity, or ruler?" 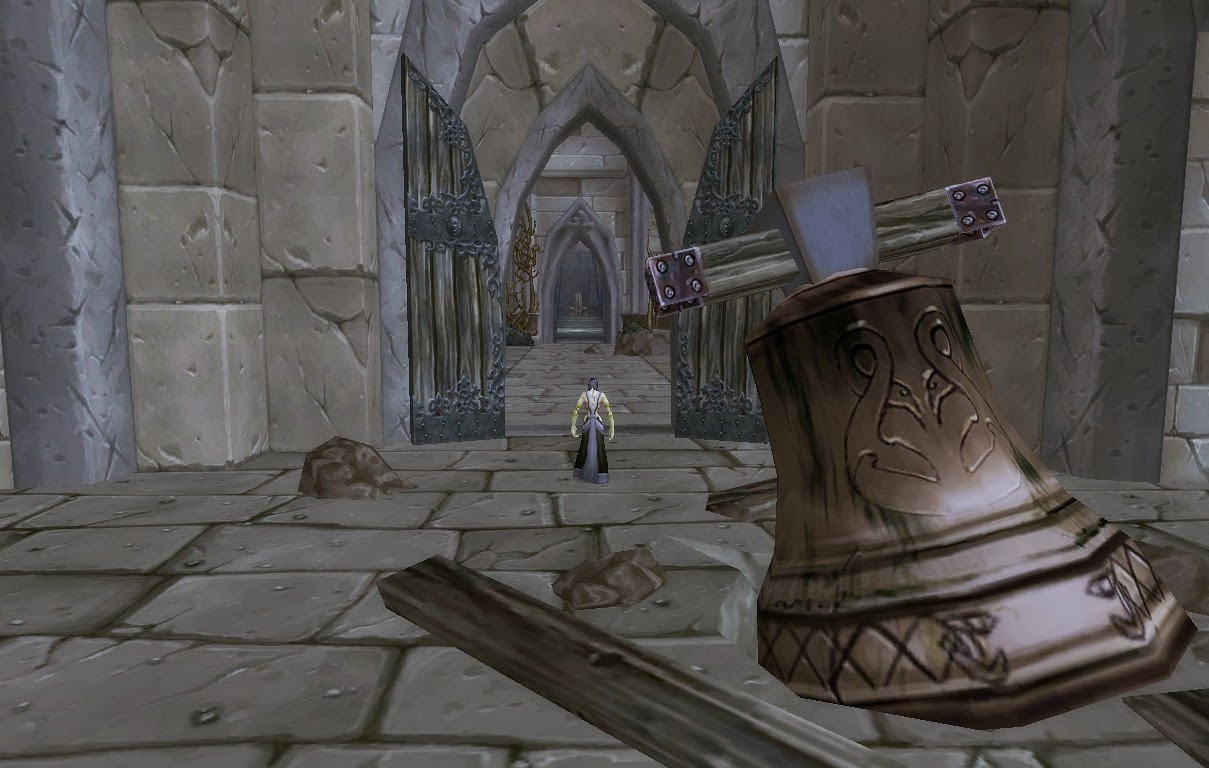 Velgana followed a small group of undead into the huge city. She was never able to witness the mighty city during its time of glory, but even in its current state, Lordaeron was an amazing site. They walked past the courtyard and into the throne room, going deeper and deeper into the bowels of what was once a great city. She was shocked at the amount of people that were now inhabiting every dark corner of the catacombs. They were all the same... all like her... all stuck between life and death. 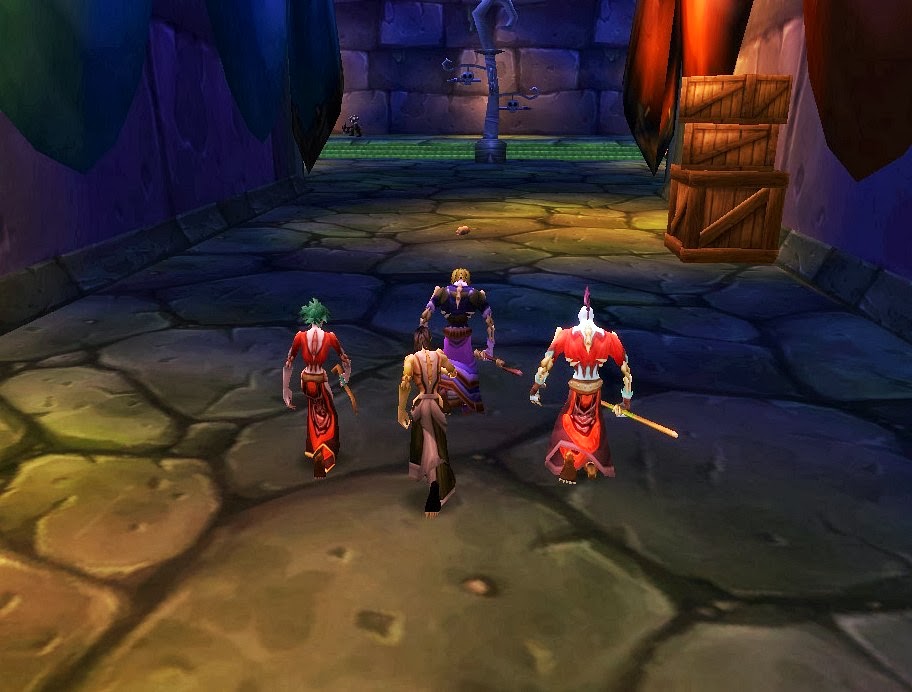 Before she knew it, they came to a huge room which was dimly lit with lights all around. In the middle was a raised section where this woman stood surrounded by guards and Banshees. She quickly motioned to the guards who hastily left the group alone with her. She walked down the steps and analyzed the small group. Velgana could feel her throat in a knot... this was The Dark Lady, The Queen of the Forsaken... Lady Sylvanas - The Banshee Queen. She began, and her voice echoed throughout the halls: 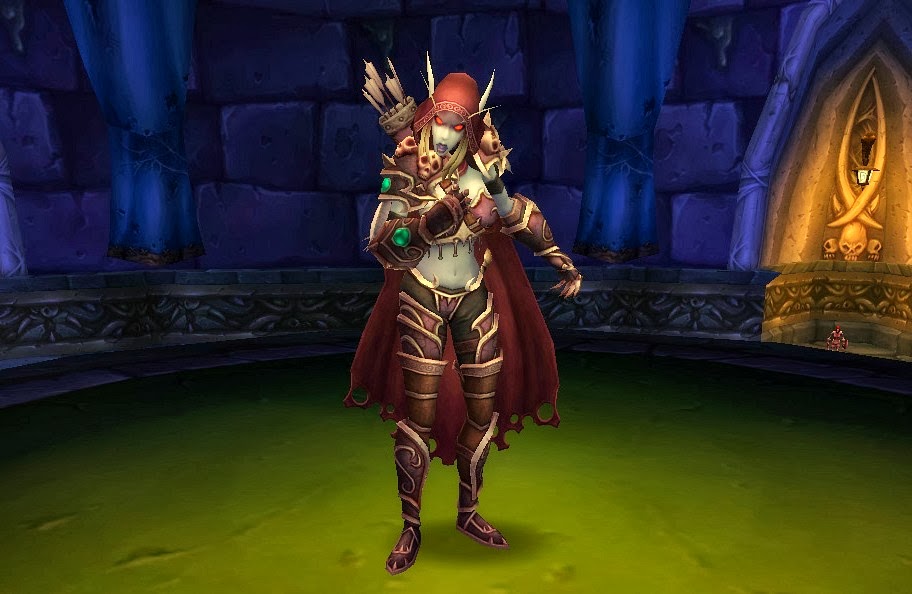 "Children of the Grave, heed my call! In life, we suffered unspeakable tragedies. We've watched, as our homes were razed to the ground! We cried out in agony, as our families were cut down before our eyes. Finally, in the face of such atrocities, we were denied even the release of death!"

Velgana could feel the fight she had left burning deep inside of her. She listened as the rest of the group did, never taking her eyes off the Queen. The Lady continued:

"We are not monsters! We are not the mindless wretches of a ghoul army! NO! We are a force even more terrifying! We are the chill in a coward's spine! We are the instruments of an unyielding ire! WE ARE THE FORSAKEN!"

Cheers followed as the guards walked by and handed each of them a tabard with the Forsaken crest on them. Everyone quickly put them on and kneeled before their Queen. 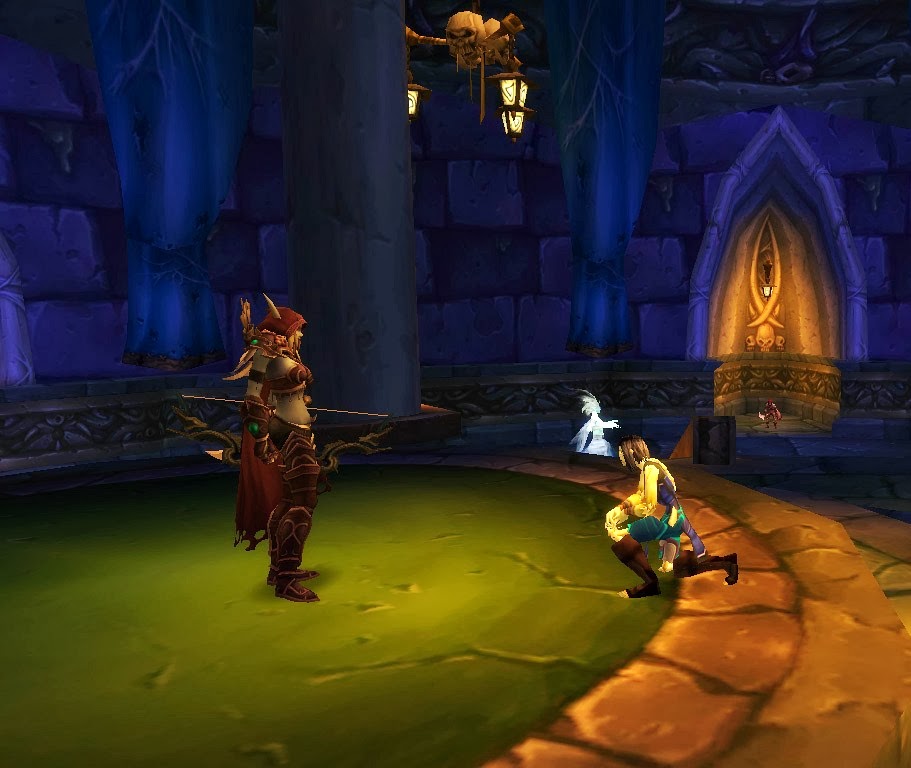 Before the group knew it, The Dark Lady was gone from sight. It was from that point on that Velgana pledged her allegiance to the Banshee Queen. The Forsaken were her family now, and she would do anything to protect her family from harm. 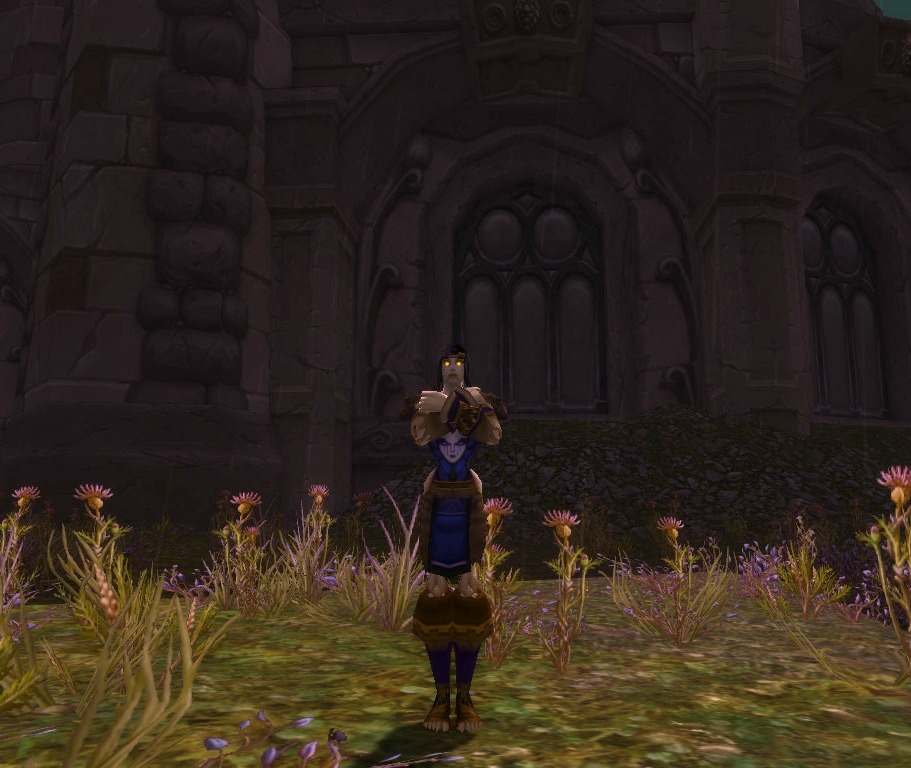 Lady Sylvanas's speech is a modified version of the speech she gives during the lighting of the Wickerman during Hallow's End!