So Legion has been out a week, and I've had enough time to experience each zone, really think about them, and form my own thoughts about it all. Though it's still too early in the expansion to say "Oh my gosh, this is the best thing ever!", I will say that I'm having much more fun than I had at level in WoD. I have so much to do now that I'm max level that it's overwhelming, but also a breath of fresh air. I'm going to try not to post any zone spoilers, but if you didn't fully quest in an area, you may wan to skip out on reading the section below. 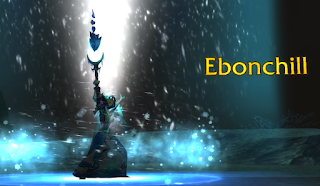 Stormheim: This was the first zone I decided to go to for only one reason - the Gilneas/Forsaken conflict. I was not disappointed, and I'm glad Sylvanas finally got the smirk knocked off of her face because she was doing some shady stuff there. I loved every quest, and the entire story of the zone. The landscape is beautiful and reminded me of the first time I ever stepped foot into Northrend (Howling Fjord). Since completing the zone and going back to explore, I've been finding hidden quests here and there, including one along the coast from a fine murloc gentleman.

Azuna: This was my next choice to quest in because I think that this is one of the prettiest areas in the Broken Isles even though most of it is crumbling into the water. I didn't really care for the intro quest where I was flown to the demon hunter camp, but I'm glad the zone got much better. The blue dragonflight quests and following the story of Prince Farondis made me fall in love all over again. As with Stormheim, the side quests were all really fun and even sometimes funny. I plan on spending a lot of time in this zone, especially after hearing that the mysterious Long Forgotten Hippogryph is around here. I love a good mystery! 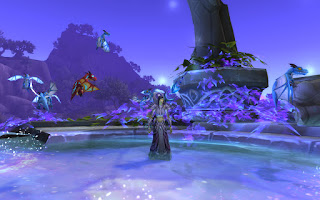 Highmountain: This was one of my favorite comics, so I had "high" hopes, heh. I was disappointed. I didn't enjoy the repeat quests for each tribe to kill harpys, and I thought not only the main city, but the entire zone, was a bit of a pain to navigate. The only thing that I enjoyed were the side quests, and thankfully there are many good ones. I won't spoil anything, but there is also a snail race, and I think that is pretty cool. Aside from that, this is a zone that I am dreading bringing my alts through and will probably always save it for last.

Val'sharah: I saved what I thought was going to be the best for last, but it wasn't my favorite zone, and definitely not the worst. I enjoyed it. The zone was beautiful and the quests involving Xavius and the corruption was sweeping through the land was really interesting to experience. However, this area was definitely soured a bit by the ridiculous love story that is Tyrande and Malfurion. I get it, you love him. I don't need you to tell me every 5 minutes. *eyeroll* The final scene with Ysera was beautiful and brought a tear to my eye once again. Only Blizzard can invoke such emotions in me about a video game.

So after I completed the main quests for each zone and most of the side quests, I found myself about 2 bars into 109. What? This is the first time I was genuinely confused that I might have missed something, so I began sweeping back over each area. Sadly I guess because I didn't complete most zone objectives, this put me at a disadvantage. So going back and searching, picking up a lost quest here and there, I hit 110 on a tailoring quest. Pretty sad so I didn't even bother taking a screenshot. This was the first time I ever ran into this problem, and not one I was really happy about. 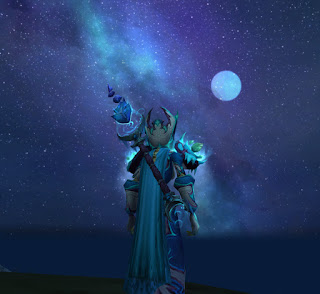 So now I've been venturing into Suramar a little more each day. I can't really comment on it other than it's beautiful and I really love First Arcanist Thalyssra. I make sure to check on my budding settlement daily and keep my elves well fed. No one will be mana hungry while I'm around! World quests are also great, and I've gotten a few upgrades. My final thing I need to get done are my dungeon quests for the other Pillars of Creation. As someone who goes into full panic mode to run stuff with random players, I will be trying to schedule a run with my wonderful friends so I don't have to worry. Anyway, I hope you are all having fun in Legion so far. Feel free to leave a comment below telling me what you liked or didn't like about your leveling experience!