This week has been a bit crazy. I wasn't going to blog, but since things have calmed down, I had the chance to. I've been sick with a terrible cold so I haven't been doing much of anything but taking medicine and sleeping. If this post seems a bit strange, blame it on all those potions the alchemist have been making me take! 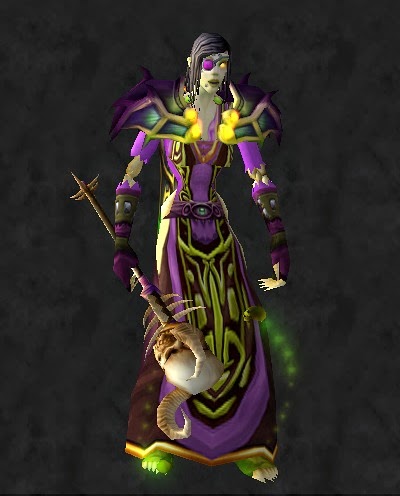 I am a complete sucker when it comes to those cloaks from Black Temple. I have all three and use them whenever I can. This is the first of 3 Illidari themed transmogs I planned out. I've already worn two, but I'm still working on pieces of the third. I believe I need to get exalted with the Aldors. /sigh

I like to wear this set with the Lavender Mageweave Shirt. It's the same color as the robe so it blends in nicely. Sometimes I also wear the Purple Trophy Tabard of the Illidari also to add another layer to the transmog. The robe is so pretty that I don't always like to cover it though. The only thing missing is a Feldrake. I think it would have topped off this transmog nicely. Perhaps one day! 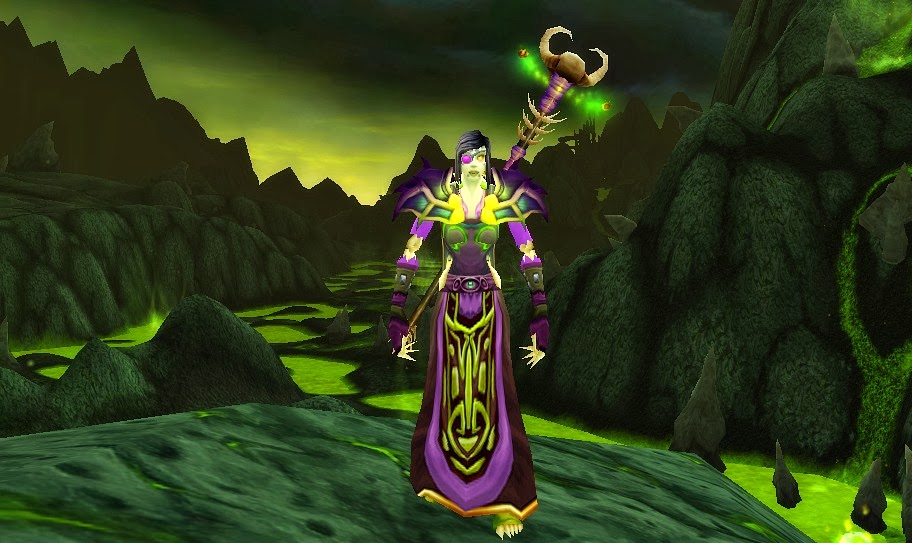