I figured since I pretty much did a guide for every other mini pet that has been somewhat annoying to obtain, I should probably do the Qiraji Guardling too. I have to agree with most people in that this is probably one of the most, if not the overall worst, wild mini pet to capture! Here are some tips that can hopefully help you obtain this little one if you haven't already.

Firstly, camping on my main server was a nightmare. I forgot about it spawning on the 21st and went to bed. The next day... and pretty much every day after it was a packed mess on Skywall. I had made myself a Death Knight on a Brazilian realm earlier in the year when I was farming for a rare Lofty Libram and a few others. The realm I picked was Gallywix that only shared CRZ with Goldrinn. It was pretty quiet in Silithus with about 10-12 people camping at a high time to 5-8 people camping at a low time. Most people are lower levels too , so the playing field is semi fair with land mounts vs. flying mounts. 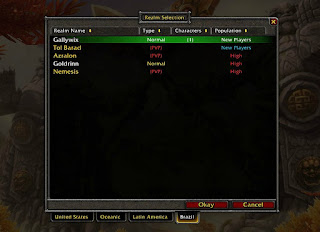 I know there are other realms too that I don't believe share any CRZ with anyone else. There is a lot more information on the Warcraft Pets forum post where players are sharing what realm they used and their own experiences. (Sign up to the site too if you haven't!!)

Next, as always, set up yourself NPC scan. If it goes off when you open your pet journal, I suggest checking off the box that lets you see pets that you didn't capture yet.

The only annoying thing I found with this was that sometimes someone would already have one and pass by you (probably just to show off ), and it would make it go off. I ended up keeping my WoW Folder open so I could exit, delete my cache, and log back on as quickly as possible. It only happened to me about 3 times, so not too bad.

Now where to camp? I will be using in game coordinates, so if you don't have Coordinates, download it! (or something similar)

My pet collecting friend, Junkanoo, caught one on release night around 37,80... it's on the outside of the wall - to your left as you're about to enter the Gates of AQ.
I can guarantee that one does indeed spawn around that area because when I was there yesterday, one spawned, but I lost it to a priest with a flying mount *swoop*. I cried then congratulated them on their catch.

Last night I decided to log back on and wait while it was really late. I was in the same spot - 37,80. There were a few people there, but not many. I waited about two hours before one finally popped, but she wasn't in the area I was waiting in. She spawned further back... closer to the road at 35,79.

I never ran so fast on a land mount in my life. I engaged her, she was a rare, and she was mine!


While I have to say that camping is definitely NOT my favorite way of obtaining a mini pet, I did have some good conversations with some people on the Brazilian realms despite the language barrier. They all loved my Tyrael! I didn't meet anyone who was rude or griefing. Overall it was a pretty good experience, and it didn't take me that long to get. If you can make the time to go there at night, definitely do so - the later the better. It might even be easier now that it's a weekday and not the weekend. If you're still having trouble, don't fret, Summer should last quite a while longer! Before you know it, you will have a little Qiraji Guardling to call your own! Happy hunting! 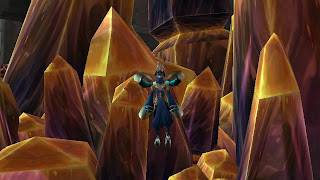