I really cannot complain about the past few weeks. Luck has been very good to me since I acquired the Ashes of Al'ar from Tempest Keep. I really lucked out on that since it was my first time killing Kael'Thas Sunstrider on my mage (I was usually forced to heal). You can imagine my excitement; Now I'm forced to really only use it by Pigle and Inepsy, but I don't mind. 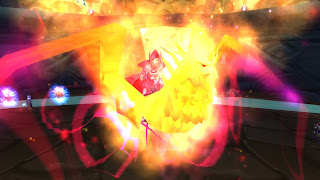 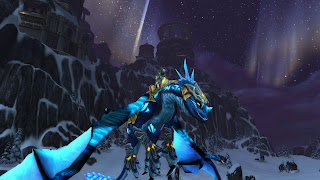 I also lucked out and received Reins of the Azure Drake from Malygos. Our little group has now started farming certain places weekly for mounts and transmog gear. I have a good feeling Onyxia may drop her mount next, but I may not be so lucky this time.

As you know, Vel has been farming Time Lost Proto-Drake for quite some time now. Recently, a hunter (I'm not naming, but I do have the screenshot of the conversation saved) has been in Storm Peaks. I never care who is there, because I believe it's all based on luck who would get the kill on it first. They decide to message me a few times, and I'm not one to talk to people I don't know, so I didn't. They then proceeded to call me a bot and say they were going to report me, which we all know is a load of crap. I wonder why they would even falsely accuse someone on Ashes of Al'ar with the Loremaster title and a really good transmog set about being a bot... whatever. They pissed me off so I wrote a few lines calling them a few undesirable names and telling them if they knew anything about camping rare spawns, they would have NPC Scan (shame on them being a hunter without it too).

For those of you unfamiliar with it, it scans the areas that the rares are supposed to spawn in. If they are up, you can set a certain noise and raid marker to pop up. This makes things easy, because you can /afk in a spawn point and just listen for the sound to pop up.

Anyway, the person logged after I accused them of being a bot for not talking back to me. A few minutes later they logged back on telling me they just downloaded npc scan, silver dragon, and overlay. Of course I ignored, because I was still peeved. I found out they are in one of my wow-besties guild. We laughed about it, and I moved on with my life. Last night while doing my Argent Tournament dailies, I had to go back to Storm Peaks. I used the flight master at Crusaders' Pinnacle which sends me on a drake that looks very similar to TLPD. I get a few more annoying messages from them asking when I got the mount and blah blah blah. So needless to say I was tired of being annoyed by them and put them on ignore. It takes a lot for me to put someone on ignore, but seriously do you need to message everyone in the area?

Today I logged on to do my Darkmoon Faire dailies; I purchased Darkmoon Zeppelin and plan on getting Darkmoon Tonk before it's gone. I took off to Ice Crown to do my same Argent Tournament dailies, but not before circling Storm Peaks to check. I see nothing so I logged on to Wowhead for a few minutes to read a few more words of encouragement. I take off to fly to the tournament ground and behold... TLPD pops up on my screen. I kill him, hands shaking, I take a few screenshots and equip my mount. The WoW Gods definitely ruled in favor of someone who was camping it longer than that nubby hunter. :) 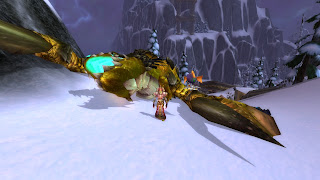 So that's pretty much my good luck so far. I could write a ton more, but I need to figure out if I want to do some Archaeology or play Xbox now.