Rain - This One's for You

I'm saddened to be sitting here writing this post after being gone from this blog for over a year. I meant to write something sooner, but other things got in the way. We always mean to do more things or say more things, and I'm currently in remorse about both of those right now.

This past weekend I found out that I lost a long time Warcraft friend. A lot of people knew her as Rain or Rainbow, sometimes Lucaya, sometimes Swifteagle. Many of her characters were beautiful night elves. She loved collecting battle pets, and despite our separate factions, this is how the game brought a friendship to us. 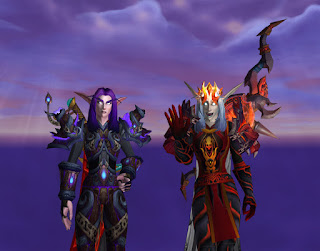 I first met Rain in 2013. Mists of Pandaria was the expansion at the time, and Raiding with Leashes was first added to the game. If you're not familiar with what that is, it's basically an achievement to collect a bunch of pets from old raids. Some of the pets have a much lower rate of dropping and can be frustrating to get and take multiple weeks. Rain originally reached out to me to see if I'd be willing to trade some of my duplicates for some of her duplicates. Of course I accepted, and the two of us began messaging, eventually moving to Battle.net friends where I also met her wonderful wife Dark.

Eventually we became Facebook friends as well and began learning a little more about each other's life. In December of 2013, I was in the middle of moving apartments when she and her wife surprised me with pets from the Blizzard store that I didn't own. I was so grateful, I even named the two pets after their nicknames. Almost two years later, I was embarking on another move which was a lot more stressful. I had also taken in a stray cat from the house I was staying at and she had kittens that I had to do something with. Rain helped me remain calm through all the beginning steps of a first time cat owner from getting the cat spayed and finding homes for all the kittens. I would always send her pictures of my cat and little updates on how we were doing. That was what our last conversation was about, 2020 and how things would be better. 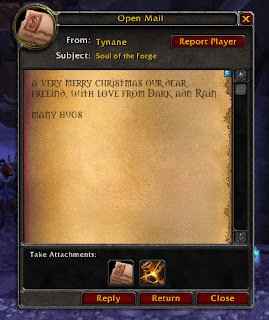 Life happened. Expansions came and went. Sometimes I was playing; sometimes Rain and Dark weren't. Sometimes they were playing, sometimes I wasn't. In all the years that I knew Rain, I have hardly any screenshots of her or us despite talking regularly. We played mostly on opposite factions, but none of that ever mattered. I have regrets that we didn't meet up more often and we didn't run more raids and dungeons together. The one image I do have of us is camping a rare spawn on the Timeless Isle. What did that NPC drop? Of course a pet! 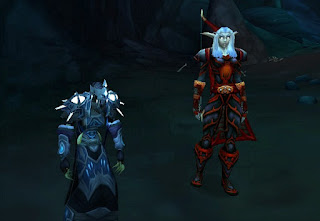 I've said it several times on Twitter, and I'll continue to say it again and again - WoW is so much more than just a game. Many of us have forged so much through our many years of playing. It’s a place of friends, family, love, happiness, and home. Of course we have lost some of those people in our adventures, and it’s good to have reminders of all the good times.

Rain was a beautiful person and my life is so much better because she was a part of it. She will be sorely missed. I want to leave you all with a quote taken from her WarcraftPets page which I think is so important for us all to remember - Be kind and stay true to ourselves:

"Be kind to all others as well as yourself, or you'll drift like a boat out on the ocean."