How did this place get so dusty? This feels emptier than the mage class hall. I'm joking; there's more people there than here. It's sad that it's creeping up on a year since I've posted here. Real life gets in the way, but mostly that's because I haven't really been keeping up with Warcraft lately. Battle for Azeroth started out so strong for me, but the story quickly fizzled out and left me overall bored. I put the game down for a bit and shifted focus on other things I wanted to get out of the way. Until a week ago... 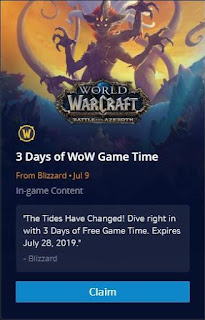 There it was, beckoning me to return - 3 free days to experience some of the new patch! I had said before that I wasn't going to come back until 8.2.5 when the promised new worgen models and heritage armor would be (should be) coming out. I'm not going to say no to free stuff though. So I saved my play time until the weekend where I knew I could sit down and devote a few hours to checking things out.

Upon logging in, it feels like home. No other game has ever given me that feeling. It's almost like second nature at this point. I could probably stop playing for a year or two, login, and still get that exact same feeling. Ahem, anyway, I picked up all my new stuff after checking Arathi and Darkshore for rare spawns of course, then I was on my way to Nazjatar first. 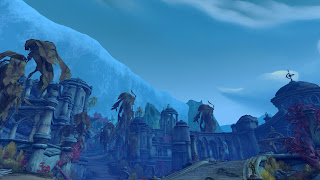 It's beautiful, but you don't need me to tell you that. The environment and artists really did capture the feeling of being underwater without actually having to worry about swimming around. However, as someone who didn't have flying unlocked, it was definitely obvious that the zone was designed with the purpose of flying in mind. I did have a much better time navigating around once I had explored all the zone, unlocked the flight paths, and unlocked my whistle. My favorite area there was Zin-Azshari. Maybe it's because it reminded me of being back in Suramar or something? 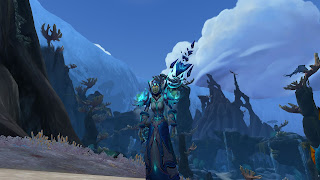 The world quests are world quests. I did an entire days worth of them, but none were hard or annoying. I've heard there are a few that aren't that fun, but the ones up on the day I played were good. I joined in and killed a few rare spawns and the world boss there. I took Neri as my companion, but I quickly regretted it because her mount kept making sounds like a cat hacking up a hairball. 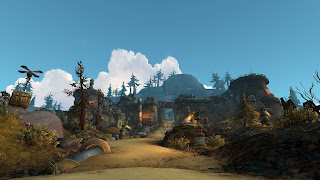 The next day I focused on unlocking Mechagon. When it was previewed, I was a lot more excited for that place than Nazjatar. I actually enjoyed the intro quest to this zone more and absolutely love the mechagnomes. Sadly my happiness died quickly. I wasn't exactly sure what to do? I did a few quests where I collected some items to turn in, and killed some rare spawns that dropped patterns. It felt a lot like the Timeless Isle with lots of rare enemies popping up all over. I found it much easier to navigate on a ground mount, so that was very nice. I'm still unsure of what to do there, and when I do return, I will be looking up a guide.

I know 3 days isn't enough time to even scratch the surface of what the patch introduced, but nothing I experienced made me want to actually STAY currently. I felt myself falling back into old habits with checking pet battle WQs and see which ones are up in the Legion zones because I still need paragon mounts. Ugh. Well, there is one thing that made me feel bad. That little direhorn hatchling that slept since the beginning of BfA is now able to be raised into a mount. I felt bad about leaving my child of Tocali, but I logged off right by him so when I return I will be able to feed him right away.

And so life continues on. As I said earlier in the post, I do plan on coming back when the new worgen models are added. I'd like to have more to blog about because I do miss writing here. Hopefully that changes in the future. So I leave you with some questions. Are you still playing WoW and if so, what do you think of the current patch? Which zone is your favorite? And are you looking forward to Classic? That's going to be a whole post to dig into another time!