Blizzcon is over! I spent two glorious days planted on my couch while watching things on some of my favorite games. You know what, being a couch potato is a lot more difficult than you would think; I'm so achy! Anyway, the only thing I have left to watch is the final Heroes of the Storm match. Then I am completely done. As always, I was surprised and excited over some of the announcements while others left me wanting just a little more. Here I will touch on what I'm excited for in some of my favorite Blizzard games. This is the only time of the year that I really discuss anything other than Warcraft here, so it's always a treat. This is kind of a long one, so I put it under a cut so it won't clutter up my front page.

Heroes Of The Storm

The night before Blizzcon, me and my boyfriend were talking about potential heroes. I expected our two fallen heroes of Legion to be announced. People had been wanting a troll for a while, and there is always talk of shadow hunters floating around, so I figured Vol'jin and Varian would both be announced. I was half right with that assumption, but I really didn't think Ragnaros would be the second hero. There was a beautiful release trailer for them, and you can see that here if you haven't already. 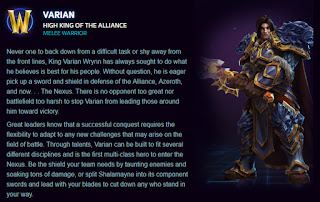 I don't have many warrior heroes. In fact, I usually use Diablo to get my dailies done. He's not really one of my favorites though I've played him a bunch. I'm looking forward to trying out Varian, and I think he will most definitely be an instant buy for me. Ragnaros, not so much. There isn't a particular reason for that other than I just can't see myself playing him.

The next thing I'm really excited for is the Nexus Challenge. While the dailies are a great way to keep people logging in, I think this offers them a better incentive to actually continue to play games. While playing 15 games is nothing, playing 30 games may be a bit more of a challenge for people who don't have a lot of free time. Personally I will be playing a few games a day, and hopefully when January 4th comes along, I will be done. It's such a little amount of work for such great rewards for not only HotS but also Overwatch. To read more about all the announcements made at Blizzcon, you can go over to their site here!

With the 20th anniversary of Diablo nearing, the community was speculating and expecting much more of an announcement. Though many were disappointed at so little that was once again talked about, there are many things I am excited about and some, eh, not so much.

In honor of the anniversary, Diablo will be running an event called the Darkening of Tristram. This event will allow players to step into a dungeon containing original bosses from the previous Diablo games. Not only that, but it will only be able to be experienced in something they are calling "RetroVision". While in the Darkening of Tristram event, this RetroVision will place a filter over the players screen, making their game look and play closer to the original. I'm not really sold on the whole retro thing because I never played the original games so it holds no nostalgia value to me. If you really like it though, developers said it will be around for a short while during the anniversary each year. 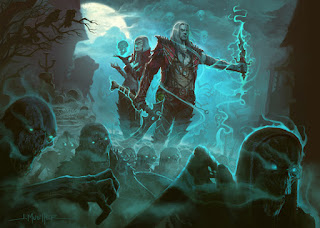 I don't think we can really touch on Diablo without at least bringing up a class that many have wanted for a very, very long time - the Necromancer! I honestly thought we were going to get this class back when Reaper of Souls was released, but I was wrong. Now I don't have to worry anymore. Since I never played the older games, I never had a chance to play the necromancer for myself, but it always was a class I wanted to try out. Sadly this class won't be coming out until the second half of next year, but I think it will be well worth the wait.

Finally we have two new zones that will be coming soon - the Shrouded Moors and the Temple of the Firstborne. Early previews of each zone and some of the enemies were shown at Blizzcon. Also if you had a chance to try out the necromancer on the show floor, that demo took place in a part of the temple. People can complain all they want about not having a new expansion, but Diablo has released many free updates through the years with cosmetics, zones, and other things. No one is forcing you to stick around and play. There are always other options out there. If you would like to know more about what was talked about at Blizzcon, there are two write ups over on the Diablo site, here and here.

Now for the topic everyone wants to discuss! I wasn't really expecting much from this Blizzcon since patch 7.1 had just been released, and I was pleasantly surprised The next patch that will be released is a mini patch, but don't let that fool you. There will be much to do! Some of my favorite things talked about were Micro Holidays! This is perfect for someone like me who enjoys solo play. I'm really looking forward to my participation in Ahn'Qiraj Remembrance Day where both factions will battle it out for their faction flag to be flown above the temple gates.

If you've followed me for a while, you will remember back in MoP when I was working towards completing Brawler's Guild. I did manage to finish it, and it was a very proud moment for me. Now it's back and completely revamped with new bosses, challenges, and a new mount to collect. If you didn't try out the original, I definitely suggest trying out the new one. I was pleasantly surprised and found it hard to peel myself away once I started climbing up the ranks.

There was also patch 7.2 news. I won't touch on the raid, but it looks amazing and the continuation of the story and addition of new world quests should be fun. I'm also excited to see how demonic invasions will act on the Broken Isles. Flying was also announced along with new specific class mounts and artifact appearances. While most of the mounts are beautiful, I'm not 100% thrilled about mine. Maybe I will grow to like it after I see it for myself in game. 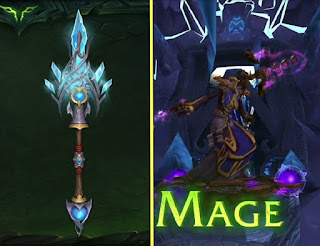 What else, what else? Oh yes, we're going to Argus, but I'll save all of that for another post in the future! I can't talk about everything today. Many other WoW news sites have more detailed guides on all the panels. Just go to your favorite one and start reading. There is a lot to get through!

I had a few other random thoughts I wanted to touch upon. The biggest one was the hosts for the talent and cosplay contest. I think that Blizzard should stop getting comedians because it seems that the majority of the community doesn't enjoy it and ends up spewing more hate than good toward them. Maybe next year they could get the band Songhammer to perform and introduce the talent acts and someone large in the cosplay community to host the costume contest. People tend to enjoy community members more than someone who doesn't really understand the crowd they are speaking to.

I would also like to see all the panels as well. As with most years, many of the art and voice stuff is completely omitted from the virtual ticket. I know people who actually went to Blizzcon were also upset about that since they couldn't get into the hall to see some of the things. With the popularity of Overwatch climbing, I don't see this slowing down in the next year or so. Hopefully something can be worked out so that everyone can have the option to see everything, just like it is with the eSports stuff.

If there is something you liked, disliked, or just want to voice an opinion, the Blizzcon forums are up and there are still many discussions going on. Hopefully Blizzard takes some of these suggestions and works to make the experience better for everyone next year.