The highly anticipated patch 7.1 was released last week. I had been looking forward to this for two reasons, new things to collect and Karazhan! As with many other people, that raid holds a special place in my heart. Back in BC, it was the first raid I ever set foot in. While clearing the new Kara isn't in my very near future, I've made it my little group's Legion goal to clear it. Due to our limited playtime together, this may take a while before we're in mythics, but once we get there, it will feel great! However, I did enjoy watching some of my favorite streamers run the place, and I was even more excited to see how the community came together once again to figure out how to spawn Nightbane. 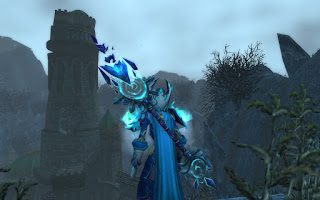 This patch has also sparked up my interest in pet collecting again. A new Raiding With Leashes achievement has been added. I love these because I usually make a decent amount of gold selling them the first month or so. This always allows me to purchase rarer missing pets and other things I want. I have no idea why people are always in such a hurry to collect something that will most likely always be in game, but I don't mind as long as their gold is flowing into my pockets! Another thing added were these new World Quests in each zone. These quests allow you to adopt an orphaned falcosaur. The little falcosaur will give you different quests, which eventually leads to these mounts and the new Talon's Vengeance faction. If you're interested, Quintessence has a guide for the mini pets, and WoWhead has a little write-up on the new faction. 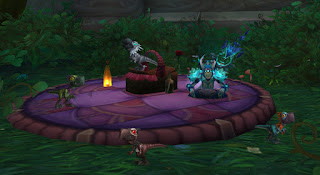 I also couldn't finish this post without at least touching on Blizzcon. That's happening this week and like last year, I will be posting a follow up on it once the entire thing is over with, and I had a chance to watch everything. Blizzard already stated that there won't be any news on legacy servers there, and though I'm pro-vanilla servers (you can read my post about that here), I don't mind that this won't be touched on at Blizzcon. I am hoping that we see a little 7.2 preview on what's coming up with Nighthold. I'm also hoping for some new Heroes of the Storm character and mount previews (please make Invincible into a mount, thanks). Finally I am most excited about the buzz surrounding Diablo. Is it going to be a new expansion? A new game? Nothing at all? We really have no idea except that the 20th anniversary is coming up soon so hopefully Blizzard has something in store. Those are the only games I care about in the Blizzard franchise, though I'm sure others will have some great announcements. The good thing is we don't have to wait and speculate much longer. Let the excitement begin!