My Favorite Flavor is Vanilla

So unless you've been living under a rock, I'm sure you've heard the many arguments surrounding Blizzard wanting the plug pulled on one of the biggest private vanilla servers, Nostalruis. This outraged many people while many others defended Blizzard's right to have the server force a shut down. This is something that has been addressed again and again. Players claim they want it while devs sit there and say "You think you do, but you don't.". Do they really want it? Maybe... This petition to get Blizzard to at least recognize the demand for it has reached over 200k signatures and even has the backing of a former developer who claimed that if it hit the 200k goal, he would personally deliver the petition into the hands of Mike Morhaime. 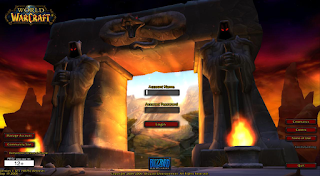 I sit here and I can't help but wonder many things about these servers. One of  the first thing that comes to mind is the fact that they are free. Who wouldn't want to play WoW for free? My concern would be if Blizzard did decide to implement these Legacy servers, there would still be a subscription cost; Let's say $10 USD. People tend to forget that Blizzard is still a company and though the servers would be running the "vanilla" version of the game, they still need to pay people to maintain that. Would people still want to play on legacy server if it had a subscription cost? My final answer, yes, some still would, but many probably wouldn't.

I look at the game in the form it is in today. It looks beautiful, the game plays smoothly, I don't have to worry about being dismounted when I walk through a puddle or have to bother with buffing ever 30 minutes... oops, sorry. I'll be the first one to admit, I'll put on my rose colored goggles and remember the past like it was the best thing ever. I still love flying through the old zones, and going to secret places. This is the part of the game that drove me to create this blog. Perhaps that's the second thing that brings people to vanilla servers? Azeroth in it's purest form. Eastern Kingdoms and Kalimdor. No flying, no Cataclysmic destruction, and the original tedious questing. I could definitely see the appeal of a legacy server to those people who never got to experience it, but would those people continue to play it after they saw how different it was from the game we have now? Some probably would, but the majority would probably just log off and never look back.

"Warcraft is dying!" zone chat says as you look around and see one or two people questing, all from different servers. Who are these people? I log onto my server now and I immediately cannot pick out many of the old Skywall people. Every once in a while I will see a familiar face pop up, but the majority of people I see now are from the Drak'thul server. If it weren't for these server merges and CRZ zones, our Azeroth wouldn't feel very lively. Vanilla Warcraft did have a strong sense of community, and I totally understand that appeal. Someone was a ninja? You and everyone else knew. You needed a gem cut? I know just the person who is a pleasure to work with. That guild killed that boss tonight? Congrats, everyone would cheer (at least on Horse side of my server). Community with any hobby is strong. Everyone wants to be a part of the bigger picture, and I think the vanilla server community has that appeal. Would that bring people to play on legacy servers? Maybe, but I think you will get a better experience of making a Twitter account and engaging people that way.

I know I said a whole lot without really saying a whole lot, but the topic has been racing through my mind for the last week or two, and I just got around to writing it all down. I also disabled comments because this was mainly for me to get out my thoughts on the matter. Where do I sit on all of this? Well, I love the game how it currently is, but if Blizzard offered legacy servers, I'd definitely roll a character on there too. I would love to experience the old world and questing once again just for nostalgia sake. Knowing what I know now, I definitely think I would have much less deaths.

With all of that said, it seems this is something Blizzard are already talking about internally with this post on the official forums. While vanilla servers may be out of our reach, it's likely that we may see these pristine realms in the near future. This may help players who want that difficulty curve without all the problems of Blizzard running a vanilla server. Personally, I just don't think that's what people want, but the fact that Blizzard are also in contact with those who ran Nostalruis may be a good sign. Who knows what will happen. It will be interesting to see where this is going to go in the next few months.

By the way, I wasn't lying when I said that vanilla is actually my favorite flavor, but other others are just as good. 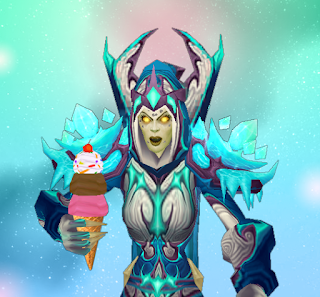