I have always had this deep fascination with Naxx ever since I began playing in BC. I remember on an off night, those of us who were attuned went in there to mess around. We didn't get very far, but from the first glances around the place, I was in love. It wasn't until WoTLK when Naxx was updated and reintroduced that I was able to experience all of it. I have to say it has to be in my top 5 raids of all time. 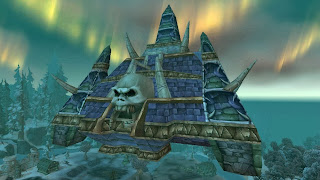 From the minute you set foot in there, you get this strange feeling. I don't know if it's just the design of the place or the extremely nerve wracking music, but something makes you feel a little unsettled.

Once you walk into your first wing, you realize that Naxx is definitely not your normal raid. While most of the bosses in there are quite odd and creepy, I want to dig into the few that I find extremely unnerving. 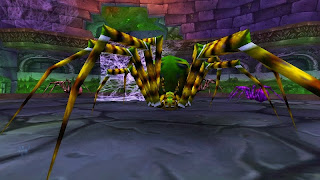 As if the entire place wasn't odd feeling, they throw in a quarter dedicated to those disgusting creepy crawlies we love to hate - spiders! While spiders aren't my top feared bug (it's actually cockroaches, gross), I think can't help but get grossed out while running around this wing and getting trapped in their webs. You know when you feel that blanket thread of hair brush up against your skin? Imagine looking down and seeing Maexxna. Arachnophobia anyone? *shivers*

Anub'Rekhan
I think the disturbing part of this boss is the fact that he seems to get a thrill out of chasing his victims before turning them into a meal. Lucky for you, it's been so long since his last meal and you can easily defeat him and not get eaten! 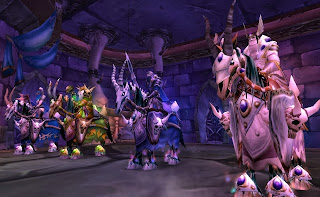 I always found the original horsemen more unsettling because of the fact that Alexandros Mograine was there and wielding Corrupted Ashbringer. I am definitely a Baron Rivendare fan though (I ran Stratholme enough for his mount!) Although their banter may be a bit comical, there is something eerie about them forced to protect Kel'Thuzad for all eternity. 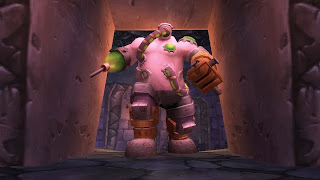 Grobbulus carries the plague slime inside his body and injects it into his victims. His model genuinely freaks me out. I think it's the fact that their is a huge tube going through his mouth. You can still see a bit of his teeth leftover from whatever face he may have once had. Personally though, the thought of being injected with anything just makes me feel queasy. 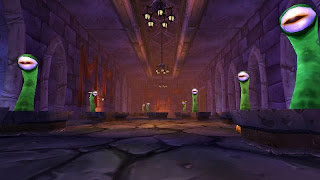 While this room is definitely not as annoying as the suppression room in BWL, there's something that makes you feel a little odd while navigating through this maze. It could be that it feels like a million eyes are watching you... I'm guessing this is one of Noth or Heigan's creations. 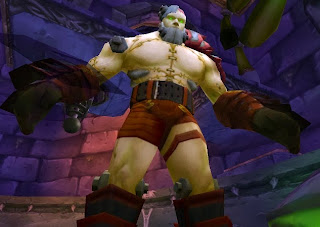 From the moment you step foot in Naxx, you can hear some pretty disturbing voices crying out through the instance. It's not until you realize that it's Thaddius, who is made out of flesh of men, women, and children. If you don't know what I'm talking about, definitely give this clip below a listen.

Kel'Thuzad
Founder of the Cult of the Damned, a powerful necromancer in life and now an even more powerful Lich in death, Kel'Thuzad is definitely someone to be feared. He founded the school of necromancy, better known as Scholomance, on the ruins of Caer Darrow to train some of the most feared and powerful students the dark arts.

There is only one more week left to my spooky themed blog posts and only a few days left of Hallow's End. For next week's post, we will be traveling deep below Karazhan into the Crypts! In other news, so far I am still without the Horsemans's Reins. I really hoping I get it by the end of the week or else I have to go yet one more year without it. I hope you're all having a lot more luck with the Headless Horseman than I am.