The end of the month is nearing. This has been a wonderful celebration, and I loved sitting down and thinking back on all the great memories this game has brought to me over the past 10 years! Before we bring this celebration to a close, I have one more post dedicated to my favorite memories from each expansion. Though not all of the expansions were as good as I would have liked them to be, I always try to make the best of things. I still continue to play this way to this day. 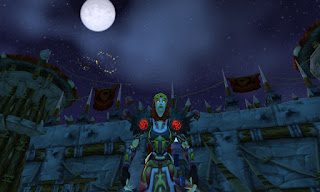 It's hard for me to say this is my all time favorite expansion, but it is a definite favorite because it was when I started playing the game. I raided in a top guild on my server, and I have great and frustrating memories of raid progression. The one kill that meant the most to me was Leotheras the Blind in SSC because it felt like we were stuck on him forever! On the night we were finally able to down him, I got an amazing sword that I kept with my up until the wardrobe was released! I also have really fond memories of doing dailies on the Isle of Quel'Danas when Sunwell was released. Me and Pigletoos felt like badasses once we became exalted and were able to afford those expensive (for the time) titles!


Wrath of the Lich King 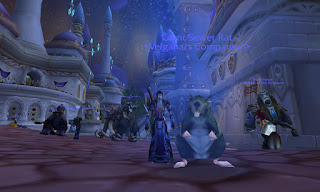 I hear so many great things about this expansion, but to be honest, I took a long break during this one. I don't have as many memories during this time, but the ones I do have are pretty fun. I think this expansion event was one of my all time favorites. I loved seeing the necropolis popping up outside each major city and having the plague spread. I'm pretty sure I was one of the first to be infected on my server. I was in Undercity at the time I turned into a zombie. I managed to escape through the sewers and made it to Brill where I was sadly killed. After that, I spent most of my time in Shattrath City so I wouldn't be infected in the faction cities. The only other memory I have is spending way too much time in the Dalaran Sewers trying to fish up that ugly Giant Sewer Rat! 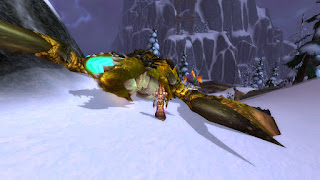 During this expansion, my play style changed as I began to focus more on solo content and collecting. The addition of LFR definitely helped me become super casual. I have no regrets about that at all. This is the expansion where I got lucky in getting quite a few rare mount drops (Alar, TLPD, Aeonaxx) and this kick started a new obsession with mount collecting. Other than that, the only other memorable thing was being out in the world and coming back to a burning corpse because Deathwing passed over the zone. *sigh* This is also the expansion where most of my guild started playing. They definitely picked a perfect time as I think Cataclysm definitely turned the game to something newer players could easily set foot into. 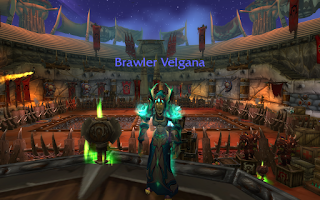 I know a lot of people hated this expansion because LOLPANDAS, but sitting back and looking over everything, this is my all time favorite expansion. Everything was unique, looked so different, and the lore for the zones was really awesome. It seemed everywhere I turned I was either stopping to take a screenshot or to appreciate all the little details that was put into areas. During this time, my guild also began running things with me and Pigletoos. I also have really fond memories of us on the Timeless Isle. The day that it was released, I spent 12 hours online! Many other nights there I spent with my friends chatting and waiting for rare spawns to pop up (Huolon up!). The entire expansion was just wonderful in my eyes, and I often go back to those zones to relax and listen to the music. 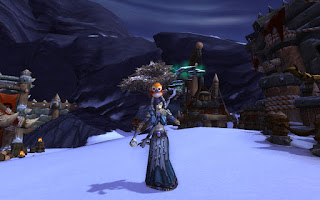 As I said in my opening, despite an expansion not being so fun, I still try to make the best of it. While Warlords was probably my least favorite, I give props to Blizzard for telling a very good story through the questing in each zone. Sadly the end game suffered. I took advantage of garrisons and turned them into "gold farms". This expansion also gave me a chance to branch out with alts and focus on starting to roleplay with my worgen warlock. If I was too busy at the time, I don't think things would have worked out as well as they did. Once Tanaan Jungle came out, I do have fun memories of me and my guild doing our dailies late at night and pulling so much stuff! I can hear Rey screaming "RUN RUN!" over voice chat and us falling into the fel only to die a few seconds later. I live for silly moments like that.

I'm not going to put Legion on here since we're still in this expansion and there are still more things to experience. Of course there will be a post for that later on! Again, I want to thank you all for sticking with me during this month. I hope whether you're an older follower or a new one, I made you stop and think back on some memories you may have. Once again another successful celebration has happened, and I look forward to doing something again next year!