I have finally finished! I have collected all three of my mage hidden artifact appearances. This was a little goal that I set for myself, and honestly I thought I'd be done with it a long time before this. That wasn't the case. RNG can be a total block in some cases, and there is nothing you can really do to prevent that except to just keep trying and hoping that someday it will pop up or drop. Since my Ebonchill post is super popular, I thought I would post about getting my hidden appearances as well. Also, some of these require your artifact knowledge to be a certain level, but that isn't really an issue anymore (unless it's your main) due to the Artifact Research Compendium and the ability to send them to alts. I still decided to include the required AK as well just in case. 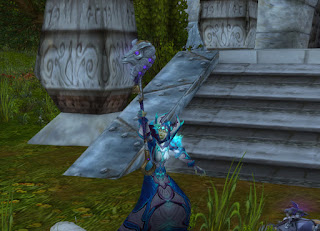 I am a frost mage, and if I'm not playing frost, I'll be playing fire. Arcane is a spec that I can't seem to ever full enjoy so I'm rarely play it. Of course this would be the first hidden appearance I acquire. To start the "event" for a chance to get The Woolmancer's Charge, you need to travel to each Broken Isle zone and polymorph specific mobs. I won't go into detail here on the specific mobs as they can be found on the Woolmancer's page.

Next is the waiting part. You must wait until a volatile sheep spawns in your class hall. I believe a toast window will pop up to get your attention though one didn't for me. If this doesn't happen, don't worry. The sheep will be following you so it's not hard to miss. Right click on this sheep a few times and BAM, it will explode! 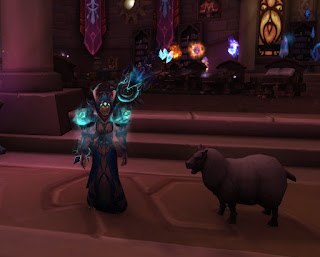 Now fly yourself over to Stormheim and look for an Extremely Volatile Sheep. Once you find this little guy, you're going to want to click on it like you did in your order hall to make it explode. I found making a macro to locate this one worked best. You can even use this to find the specific mobs to polymorph like I explained earlier:

After this, head to the Tower of Azora in Elwynn Forest and complete the little event for your appearance. I personally find that this is by far one of the silliest and funniest hidden appearances. Plus the staff will sometimes let out this ridiculous scream on polymorph. It's too good! 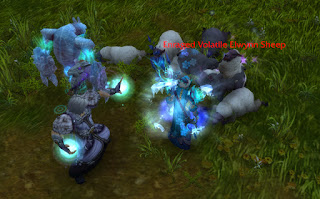 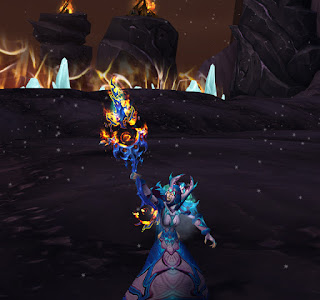 This is the appearance I wanted the most, and I started working toward it as soon as I could unlock the Teleportation Nexus order hall perk. This perk puts portals in your class hall that leads to each zone on the Broken Isle. When the event for this hidden appearance is triggered, you will see the emote "You hear a strange crackling sound from the portals downstairs." pop up in your chat box when you are in your order hall. From there, take any one of the portals to be ported to this sub-zone of Frostfire Ridge. 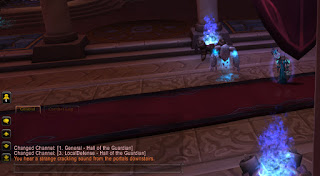 Once there you will see two elementals. The larger of the two, Asher, will be the one who will give you the Everburning Crystal to unlock this appearance. This is another little macro that may help you check for the daily roll of the arcane and frost artifact. While it didn't work well for me (my frost one was always saying yes) others have had success with using it: 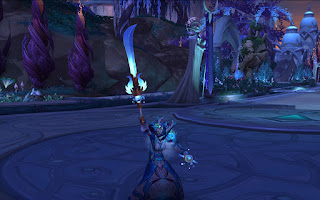 I really wish I had been prepared when this actually dropped. The truth was that I wasn't even farming for it at the time. I was out in the world questing. This hidden appearance has a chance to drop off of basically any mob in Suramar. I know a lot of people love to farm around Moonguard Stronghold since there are lots of mob packs that respawn pretty fast. I was actually in the dangerous part of the city (yea, that part!), but I have no idea which exact mob it dropped from. While I wasn't actively seeking it at the time, I'm glad to finally have it. The Stars Design is a really gorgeous skin and definitely reminds me of a lot of weapons from Ulduar.

Of course each of these hidden appearances also have separate colors to obtain by doing dungeons, PvP, and world quests. I may just have to save those to talk about another time, lol. If you read through all of that, props to you. I know it was a very lengthy post. I don't care though because if it helps one mage out there, my job has been done!