At the beginning of the month, Blizzard announced that WoW Tokens could now be exchanged for a Battle.net balance. I had been sitting on the worry for a while since it was touched upon at Blizzcon last year. I knew it was only a matter of time until it was implemented, but I did not expect it to be so soon or without warning. Since May 2016, I've been purchasing my game time using gold, and it's been really nice. Since then I watched the tokens fluctuate in price from 30k up to around 60k. I knew with this announcement they would definitely rise, and I was worried about what kind of prices I would be paying. 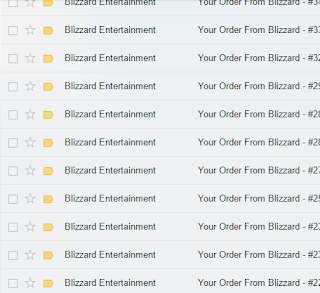 On the night that this feature was implemented, tokens creeped up to 80k. I began to see a lot of worry with some people on whether or not they would be able to keep playing the game this way. I felt really bad for the people who had been playing this way simply because $15 is a bit out of their budget to spend on entertainment each month. Would they be able to keep up with the rising price of the tokens? In fact, I became a little worried myself once they sailed into the 100k+ territory.

I am sitting on a nice pile of gold right now. I don't really go out of my way to make a ton of it, but I am very comfortable with what I make each month. To renew my game time for February, I bought a token for around 84k. After the initial token boom, prices seem to be settling and are now sitting around 88k - 90k. Would I like to see that price lessen a bit? Of course! Just like money, I prefer my gold in my bank instead of having to spend it.

But what about those who have an abundance of gold and want to cash in? The tokens can be redeemed for $15 when added to your account. This can be used to buy in game items or other Blizzard games. Reddit had many threads with tips on how to get the best deal when converting tokens, and I love that. It's always nice to get the best bang for your buck, even when it's in game currency. It's going to be interesting to see how different game trends will effect the prices in the upcoming year. I wouldn't say I'm happy about this change, but this is something I will just have to learn to deal with if I plan on continuing to use this method for my game time.