When I first did my initial review of Legion, I hadn't even touched Suramar yet. Now that I think about it, I probably spent the most time in that zone between continuing the story, doing world quest, picking Starflower, or just collecting ancient mana. Before Legion was even announced, I watched the beginning cinematic for the zone and was intrigued by everything about it. I wanted, no, I needed to know more. Once I finally got there, I instantly fell in love with First Arcanist Thalyssra. I wanted to help her and the people that were joining us for refuge. I would even feed them mana daily just because I cared. 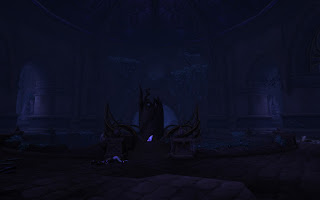 That love for the zone slowly began to lessen as I started questing in the city itself. Between demons randomly walking out of buildings, my disguise dropping off, and multiple repeats of following quests, I was beyond frustrated. I even refereed to the questing as "Assassin's Creed copy cat but missed the mark". Maybe I was being too harsh and having a bad day, but thinking back on those quests now, I still don't like them. The one that sticks out in my mind was the quest where you had to follow a guard closely without crossing over into the circle around him. I kept failing on the bridge parts since it was hard to see. Of course after a few tries, I became a pro at it.

As I continued on, I became more powerful, and my adventures in the city became less and less stressful. In fact, I even braved withered training, and I now collect all my mana around the city. Now with the continuation of the story (Insurrection), we are laying the foundation for the release of the Nighthold raid. I've been having so much fun that I really don't want it to end. I've become attached to these characters and their stories. You know things are good when you get emotional over a video game. I'm also curious as to if Suramar City will change after Elisande is defeated in lore. I don't think Blizzard has ever done that before, but I think it would be interesting to see them try it for a change. 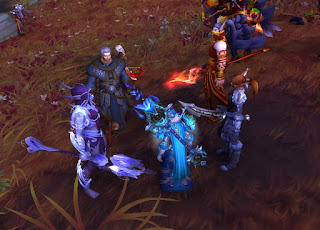 I also love places that progress as you go through the story. The Isle of Thunder had to be one of my all time favorites. It told the story through scenarios, which I miss, and as progression went, the entire isle was unlocked little by little. I know it's not exactly the same in this case, but the quests each week are still getting us closer and closer to our main goal. As of right now, we're two more objectives away from completing the achievement, and I've never been more excited for reset each week to see what's going to happen next. If you're behind on this, I definitely suggest getting a start on it. I don't think you'll be disappointed and like me, it may even change your mind on the zone. 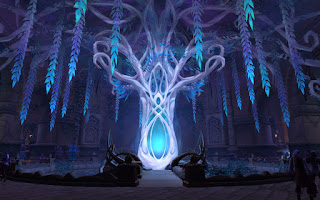