It's been a few days since Blizzcon, and I believe I've caught up with almost everything that I was interested in. This may be a bit of a longer blog post, and not just about WoW since I'm excited for a few other things coming to other Blizzard titles.

I've been purchasing the virtual ticket every year that it was available to do so. It's just not feasible for me to go to Blizzcon, nor do I do well in that kind of packed environment. The virtual ticket is just an overall better experience for me all around. However, this was the first year that we were able to purchase the Blizzon goody bag as well. I received mine the morning of Blizzon, so it made the virtual ticket experience that much more special even though I was enjoying it from my couch. 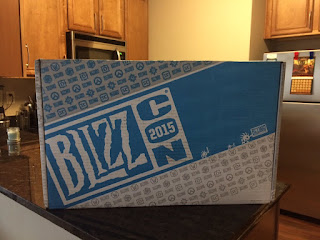 To be honest, I was nervous. After all the excitement I felt last Blizzcon for Warlords followed by the disappointment of the expansion, I didn't know what to expect. I also was pretty bummed at the lack of Diablo III time scheduled out. That didn't give me much hope. The long awaited Warcraft movie trailer also danced through my mind. Was I even excited to see it anymore? I felt like marketing for it has just been one entire drawn out process gone completely wrong. To my surprise, Blizzard delivered everything I wanted to hear and more.


Heroes Of The Storm
As I was sipping my coffee the morning of Blizzcon, there were rumors of Genn Greymane being announced as a playable character. I don't visit many HotS sites so I have no idea if this was an actual leak or just speculation, so please forgive me. As many of you know, I love my worgen characters, and the thought of one in HotS made me giddy. When the trailer started for the opening announcement, and I saw the claw marks on the tree, I flipped! 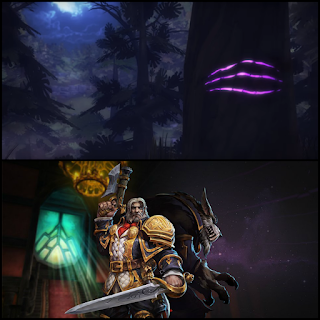 While I don't play Heroes with a team, I still enjoy it. I usually play against AI with my boyfriend and sometimes (though very rarely) one other friend. I've been playing Rehgar and Nazeebo, but I will definitely be saving up my gold to purchase Greymane when he's released. I don't think it will be until January though. That's alright, I'm patient! I was also surprised by Cho'gall given as a free hero to virtual ticket holders. It was a very nice little gesture, and I think it's really cool how you can "gift" him to other players.

Diablo
Although I really wanted something HUGE to be announced for Diablo, *cough*necromancer*cough*, I'm excited to see all the changes and new zones coming in the next patch. I don't know about everyone else, but I really like how they've been releasing new zones with the updates. I hope they plan on doing more of these in the future. 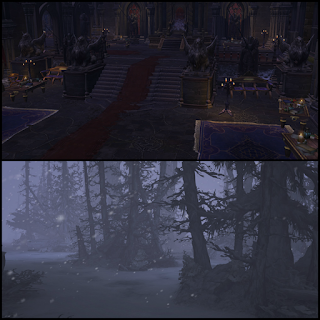 I also love the announcement about season rebirth. While I do love trying out new characters, I hate making new ones each time I wanted to enjoy a season. This way I can revisit one of my old characters and enjoy the journey with them without worrying. I'm also really interested to try out set dungeons, though that might be a bit of a step up from the usual way I play the game, haha. You can learn more about all the new Diablo features announced at Blizzcon here.

Warcraft Movie
This movie has been teasing us for so long, that I wasn't even sure what to expect. I watched many of the leaked trailers that were posted online and saw many of the blurry screenshots shared from Comic-con and other events. I wasn't impressed, but I decided to hold out for the official trailer. 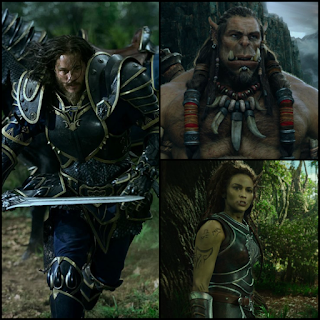 After watching it a few times, I'm still not sure what to think. The orcs look amazing, but I'm not sure about the humans. I'm also on the fence about Garona's look. She doesn't look like half orc/human. She looks like a woman dressed in cosplay and painted a terrible shade of green. While I realize her look is probably based off of Metzen's rendition of Garona, I still am unsure about it. I'm hoping it's just the trailers and the entire look is pulled together better on screen.

That being said, I'm sure I will look past all those nit-picking things and absolutely love the movie. I've already planned to see it two or three times. I'm hoping it does well in theaters because I'd love to have a second one made. Who doesn't want to see the Arthas story unfold on the big screen? Sign me up!

Legion
Of course, this is the main thing I wanted to hear about. When it was time for Legion to shine on stage, my head was already buzzing with information and anticipation. After the excitement I had last Blizzcon for Warlords of Draenor, I was so let down. I know I'm definitely not the only one in the community that felt this way, and after the Legion announcement at Gamescom, I wanted to know more.

As the cinematic played out before me, I was originally unimpressed. It wasn't until I watched over it again that night that I felt the full effect of what was happening. I think the most exciting part of the trailer for me was King Varian ripping apart his sword, Shalamayne, into their twin blades. I'm also really excited because it's been stated a few times that Greymane and the worgen will play a part in this expansion, and that makes me really happy. All of the zones look beautiful, and I can't wait to see all the hard work the development team put into the Broken Isles.

I've been really happy with all the expansion announcements and class changes. I don't think there was one thing that I really disliked yet, but as you can expect, I'm weary. If Blizzard can stick to their promises, I think this expansion may just be one of the best ones. I didn't pre-order just yet, and I'll probably wait until it's closer to release before I do that. I'm also still torn on making my demon hunter a blood elf or night elf. Decisions, decisions. 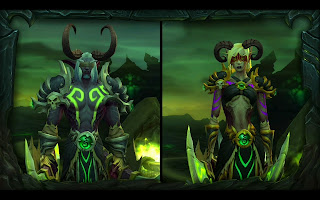 That's about all I wanted to cover. Of course they talked about Hearthstone and lots of Overwatch, but I'm not interested in those games. I didn't want to try to talk about them like I knew what I was saying. Anyway, I've rambled long enough, and I guess I should say something to end this now. Oh, how about this... FOR AZEROTH!