Last week we said goodbye to the era of MoP. Many people gathered to pay their respects to the Dark Portal. There was a ton PvP, silly talking, and just a lot of people hanging out and having a good time. I was pet battling in Nagrand, and the first time I went check there weren't many people. After about an hour, everyone starting gathering. I wish I could have stayed up until the servers went down, but I spend about 3 hours hanging out and even got to meet up with some people from Twitter. 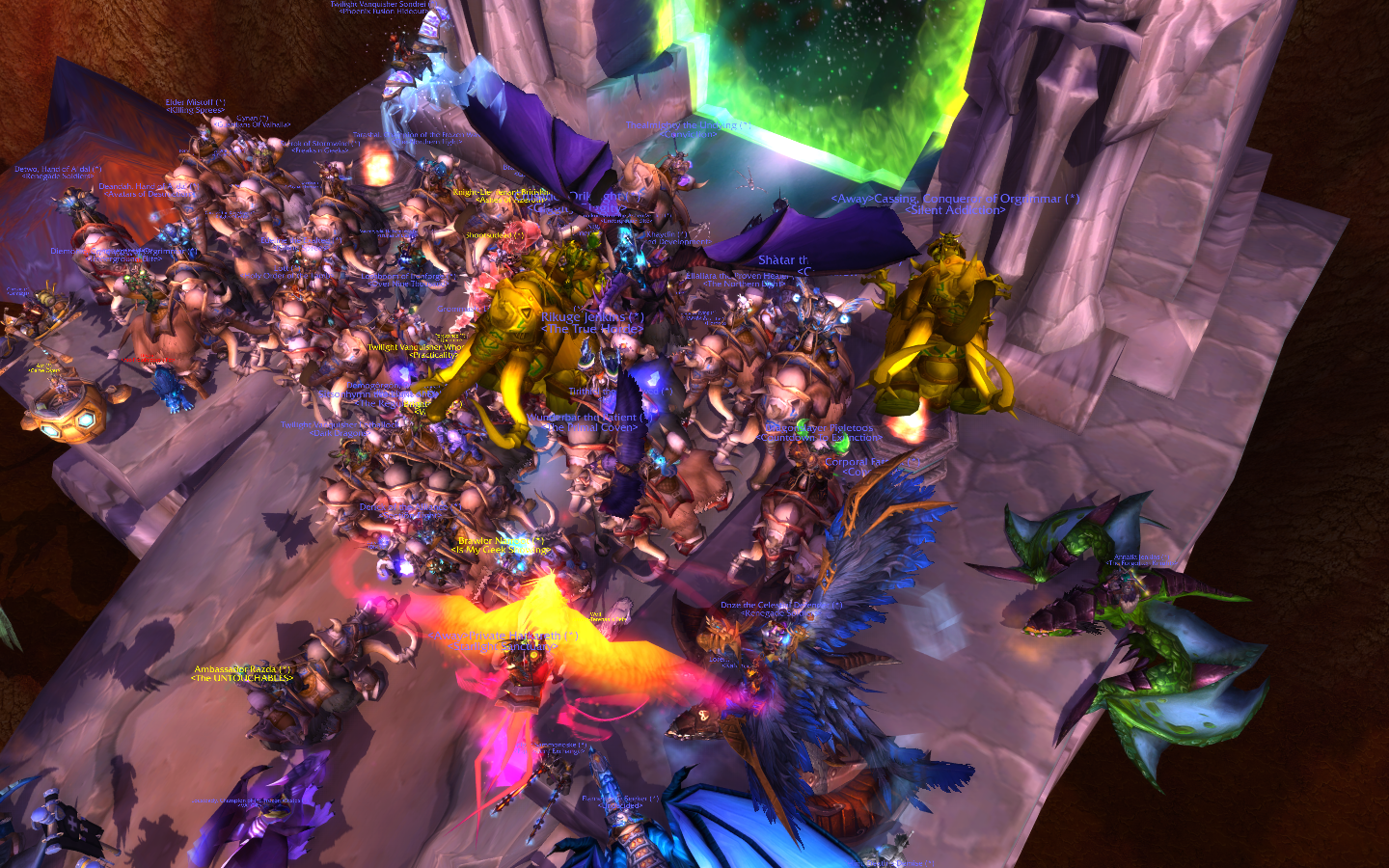 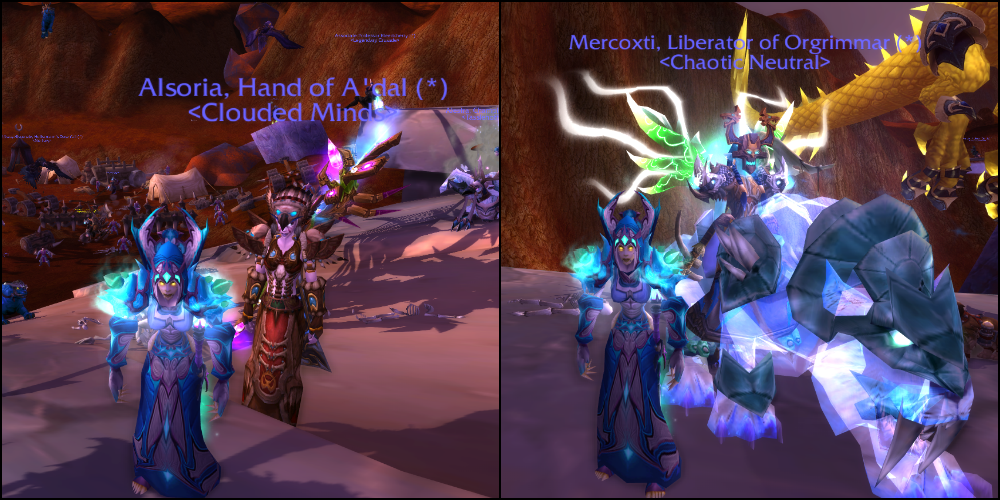 After the patch dropped, I felt overwhelmed as always. Thankfully the days before I spent organizing my bags on my main and alts and placing them in the city so that they could be ready to go. Logging in felt a bit odd with the new character models and specs. To be honest, I didn't have any trouble at all looking over the new specs, re-glyphing, and re-gemming if I had to. My mage feels pretty good, and as fire I can pull pretty decent DPS. After I took some time with each of my characters, I decided to play though the event area in the Blasted Lands. I really liked the quest line and while it was short, I definitely prefer this to just a scenario. I really liked the rewards that were given also and that you get a title at the end. The items helped a few of my alts replace a few pieces they didn't upgrade yet. The two mini pets from the event are absolutely adorable even though the Iron Starlette can make quite a ruckus! I also had to kill quite a few orcs to get the Bronze Whelpling to drop, but I'm sure Vol'jin would be pleased. 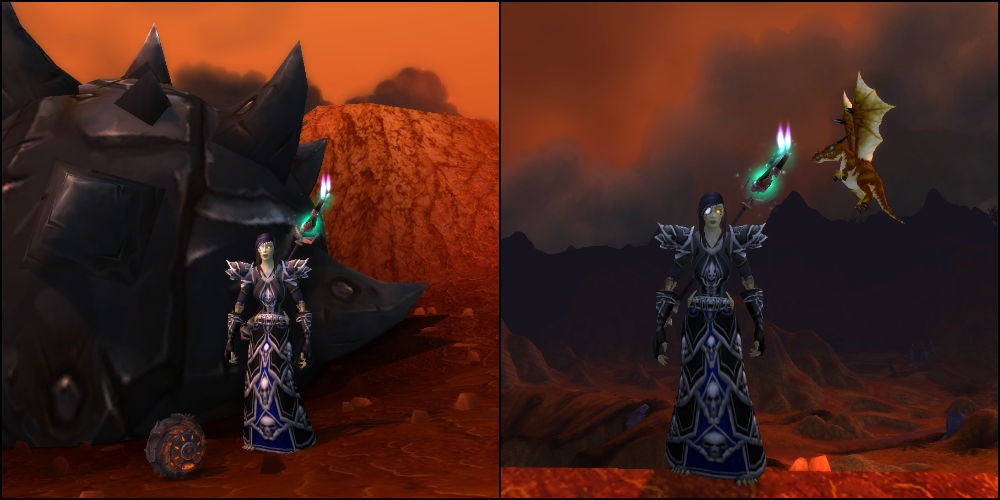 Hallow's End is going on now, and I spent last weekend Trick-or-Treating around Azeroth so I could get both mini pets. I managed to buy both and have a few candies left over to start saving towards getting some Yipp-Saron costumes. Those go perfectly with my Old God Fan Club so I definitely want to try to buy a few stacks. This is also another year that I get a chance at the Headless Horseman's mount. It's been 7 years and still nothing. Let's just say we don't have a good friendship at all... maybe this year he will be nice to me if I promise to share my candy with him.