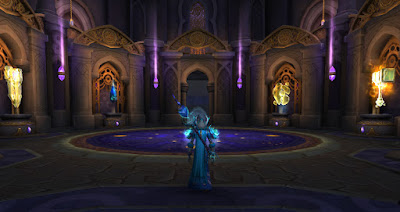 I stand in the Chamber of the Guardian and look over the one Pillar of Creation I retrieved from Val'sharah. One of the first questions I asked after hitting 110 was "Where are the other pillars?". I completed each zone, read each quest, but I guess I didn't pay enough attention to the fact that they were located in dungeons. Up until a few days ago, they still remained there. It was no one's fault but my own. I hate queuing for randoms because you never know what kind of group you will get. I eventually got it done with my group of wonderful friends. I'm lucky to have a little guild that can run stuff with me, but if you don't, then dungeon/group finder is your other option.

This past week, the first wing of LFR for the Emerald Nightmare was released. While LFR may offer little in upgrades if you're doing world quests and such, it's a good opportunity for people who don't have a dedicated raid group or the time to raid to at least see the bosses. However, this will be the first time that certain quests aren't able to be completed using the LFR system.

The quests In Nightmares and Essence of Power must be completed in normal+ modes of the raid. There has been much outcry that this isn't fair since many previous quests such as the ones that awarded legendaries back in MoP and WoD were able to be completed in all versions of the raid. To my knowledge, these two quests only award an artifact appearance when completed. I have no issue with Blizzard locking an artifact appearance behind higher raid difficulties since it wouldn't be the first time that's happened. However, I would have a problem with this if it were a key quest in advancing the Legion story line. I don't think that will ever happen, but if it does, I'll make noise!

So the only choice that someone who only runs LFR has is to look for pre-made groups, hope they finally get accepted, and that the group actually makes it to the bosses to complete the quests. I can see people forming groups for this raid in the future of the expansion just for this purpose. Hopefully by that time, the content is so obsolete that you're not being declined over and over. That being said, I do think that Blizzard should have communicated better about this restriction. People will always want the new and shiny things that are released, and this is no different especially when things have never worked that way before. Hopefully in the future these things are made clearer. 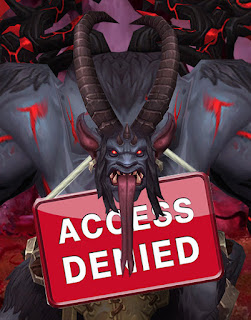 I also don't think we should be looking down on those who only run LFR or call the people who raid "no lifers". Two wrongs don't make a right, and you don't know the person behind the computer's circumstances. You basically adapt your game play to your lifestyle and sometimes that means you need to sit back and realize that not everything will be obtainable to you. I will probably never get that appearance unlocked anytime soon along with many other items that just don't fit my play style and never will. I won't let that get me down, since there are plenty of other things I can do. I am not the champion of Azeroth that the game wants me to be, and I'm completely alright with that.