I know it's been a while since Blizzard released the news of Legion, and I still have not gotten off the hype train yet! I know a lot of people have there reservations on the new expansion, and can you really blame them after the flop of Warlords? But I'm not going to waste any more time talking about that. Instead, we're going to focus on what is hopefully coming up! 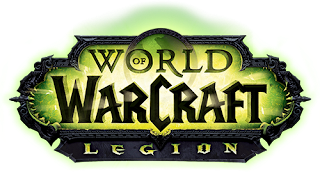 I had watched previous Blizzcons with the virtual ticket and chatted with people on Twitter and Battle.net, but this was a whole different experience. I was watching it with a few online friends, and it felt like everyone in the community was buzzing. I think people just wanted hope for the next thing to be better than what we have now. I won't lie, I was nervous and excited. Even after reading all the different expansion speculations, I wasn't sure what to expect. All I know is that after Gul'dan placed his hand on that fel prison, I lost it. 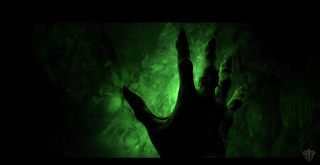 As the crystal pulses green: "That can't be Illidan, can it?"
Seeing the outline of the horns and hearing the music: "... OMG IT'S ILLIDAN!"

Then everyone lost it. I was on board with anything after that! I have to say that I am most excited to explore the new zones and check out the class halls. I also love the idea of artifact weapons. Finally, as if everything else didn't have my mind buzzing - demon hunters! Yes. I immediately saved two names that I'm contemplating using, and of course the RP lover in me is already working on a bit of a backstory for them. Of course I'm also excited to fully immerse my warlock into this expansion as well.

So far things are looking really good, and I cannot wait to see more about the expansion at Blizzcon. As always, I purchased a virtual ticket and a goody bag this year. I'm really thankful for Blizzard allowing home viewers the opportunity to get the bags since I probably will never be able to attend the con itself. I'm perfectly fine watching from my couch and chatting with everyone.

I won't lie, I am a bit nervous that this is going to be quite a hefty expansion with a lot of things to cover. I'm just hoping everything makes it and things aren't cut and left with lose ends. I'm going to try to remain optimistic about everything and hope that Blizzard will steer us into the right direction with this one.