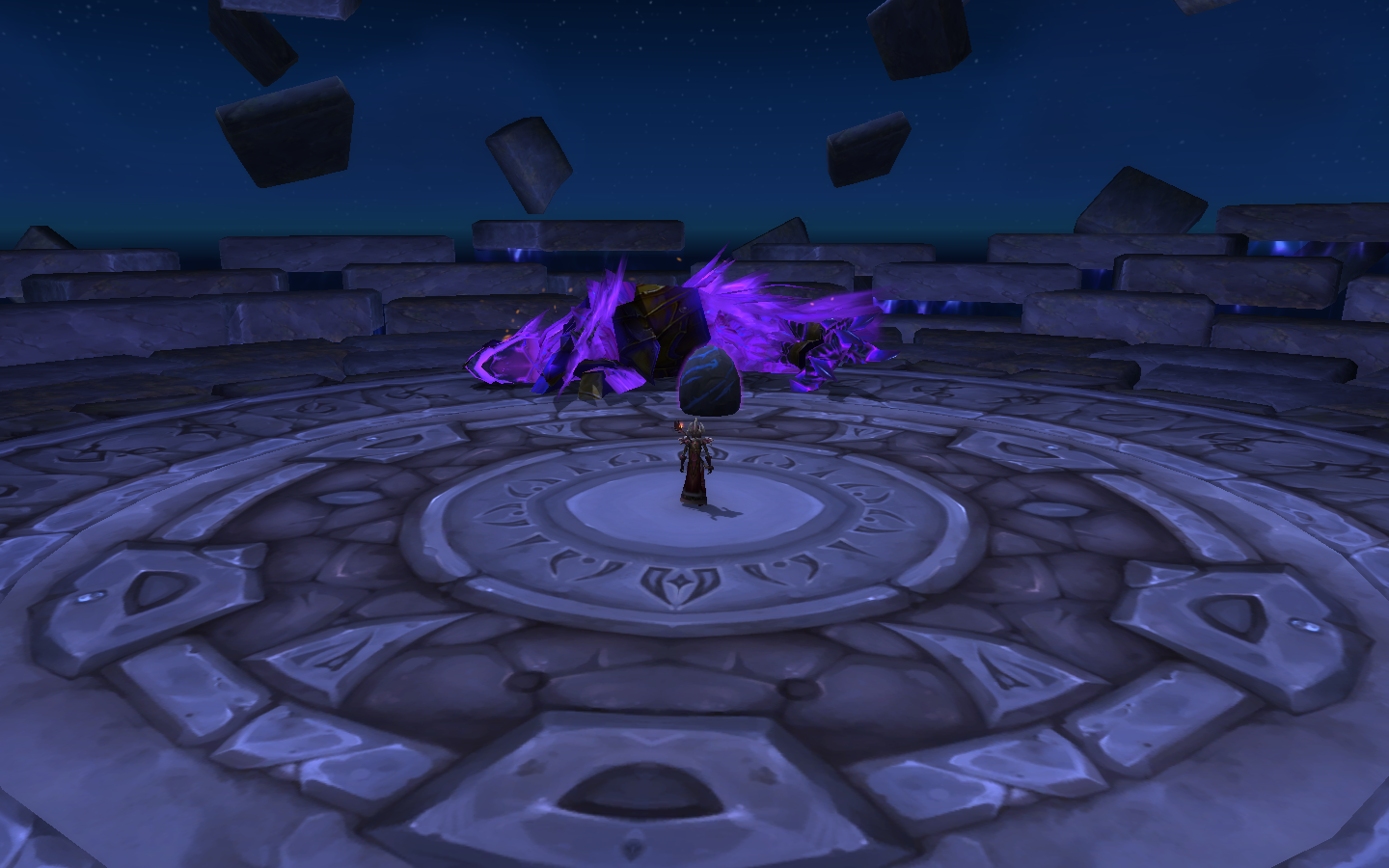 As I mentioned in a previous post, I was looking into getting the Voidtalon of the Darkstar mount. I had honestly forgotten it even existed, but someone on Twitter mentioned it, and I became obsessed with it. At the time there were so many rumors going around about how to get it, but most of it was speculation. On February 27th, there was finally confirmation. Someone on Twitter posted a screenshot with the mount. To my knowledge, she was the first one with it, and she was kind enough to provide details on how she got it. Not long after, other accounts of people getting the mount started pouring in. I thought I would give my experience on getting the mount, and some tips to help you get it for your collection.

First off what you're looking for is a portal called Edge of Reality. Now I know the first image of a portal that comes to mind is probably a mage one, but it doesn't look like that. It looks more like a wispy purple-ish portal. I honestly think they are smaller versions of the wispy demon portals outside of Black Temple.

If no one is around to click the portal, it will eventually despawn and move to another location. I'm not sure how long the portals stay up in each area or how long it takes them to reappear in a new area. I'm also not sure on how long it takes for another portal to respawn after a player clicks on it. I'm seeing reports that range from 13 hours up to 48+ hours. Another wonderful thing is that once a player has the mount, they can never see the portals again. This is great and definitely cuts down on people trying to grief others trying to get it.

Next is location. There are several spawn points where these portals can pop up at. Someone over at Wowhead was kind enough to make a map of some approximate spawn locations. If you mouse-over the points, you will get a direct coordinate for each spawn. The portal I found (which isn't on that map) spawned in Gorgrond at 51,38. They are usually always around Apexis daily areas and almost never inside them. I think there is one or two that is an exception. I recommend downloading the Handy Notes addon so you can add each portal spawn to your map.

Once you click on the portal, you are queued up for a scenario called Edge of Reality; fitting enough, right? I don't think I've ever clicked on something so fast in my life, even though I was the only one around. Anyway, this is pretty cool since it's a sub-zone of the Shadowmoon Burial Grounds, and the same place you fight Ner'zhul.

Once inside, there is a dead Void Talon and an egg. You click on the egg and you loot the mount. That's it! It's a little lackluster, but I think the pretty mount makes up for that. 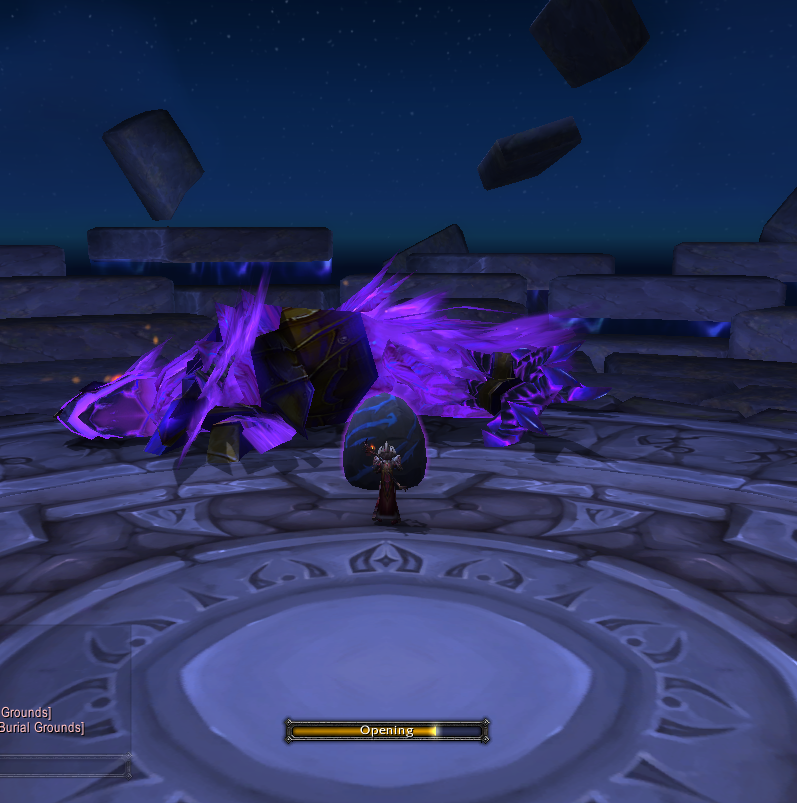 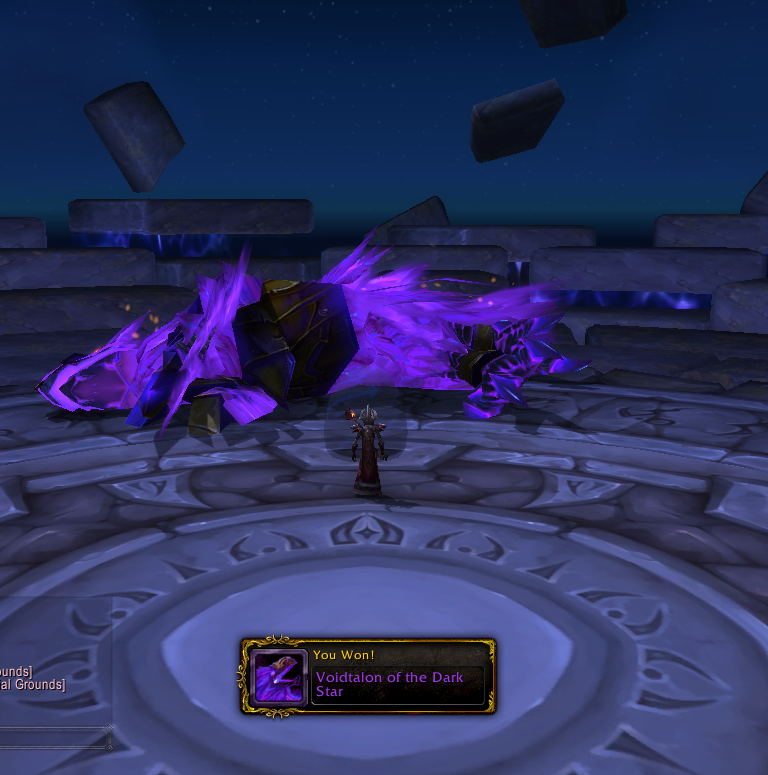 If you do plan on camping this mount, my tips would be to look for the portals right after a server reset. I ended up parking my characters by a few of the areas. Gorgrond was where Vel was parked at, and she was the last character I checked. The portal happened to be up by The Pit area next to a little raptor (see above image for dead raptor). It was around 12:05 AM. I also recommend going to a place that has spawns close together that way you're not running around too far between each spawn location. Before you know it, this one will be added to your collection too! Good luck and happy hunting! 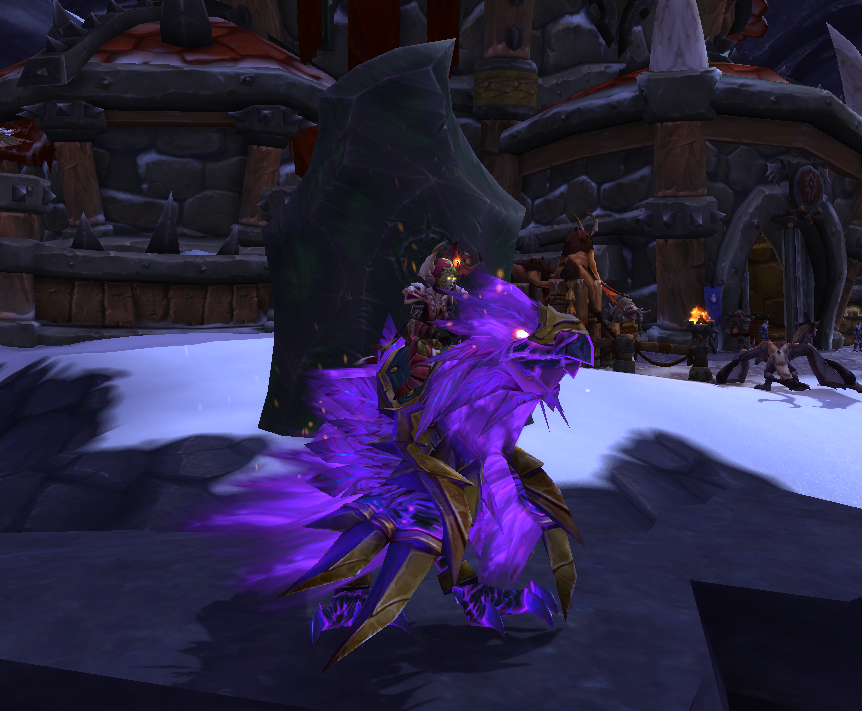