I cannot believe it's coming up on almost a month since I've blogged. I've really been way too busy playing and enjoying the expansion. I've added so many new goodies to my collections lately that I can't remember them all. I know I've gotten a variety of mini pets, including Syd the Squid! That has been on my want list for a long time now. It was just a matter of getting it to drop from a bag. I've also added Drake of the South Wind to my mount collection this week. It's nice to cross one more old raid off my weekly list. I also got some gear upgrades recently: Belt of Singing Hooves and Rotmonger Bracers. I like the pace at which I'm getting gear. I'm slowly getting upgrades, and I now have to look over each and focus more on the stats rather than item level. I'm currently 628, and with the buff to mages I'm definitely not struggling as bad as I was at the beginning of the expansion. I've also been running dungeons with my niece, nephew, a mutual friend, and Pigletoos. My goal is to have us all doing heroics which is a tremendous for all of us since some of them are extremely casual players.

Even though I'm having an overall positive experience with the expansion, there are still a few things that I'm not liking. I'm not liking fishing at all. I finally completed the Draenor Angler achievement, and I didn't think that one was too bad, but after looking at my bags, I was confused. Blizzard said that they added all these extra featured, reagent bank, toy box, ect. to get rid of clutter, but I feel like fishing has just caused more. I need to fish up bait to catch a certain amount of different versions of each fish to be able to "skin" the fish to use in other recipes... really? I wish it was back to fish up the fish you need, cook it, profit. I had to vendor so many stacks of fish meat just to clean up my bags. Now it takes up two rows in my reagent bank, but whatever.

Another thing that was just a minor annoyance was archaeology. I was working on an Arakkoa solve that needed 250 fragments. Well, I didn't know that it caps your fragments out to 200, and you have to use the Arakkoa Ciphers to complete it. This is fine for people who never use them, but for someone like me who constantly uses them to speed up discoveries, it was annoying. 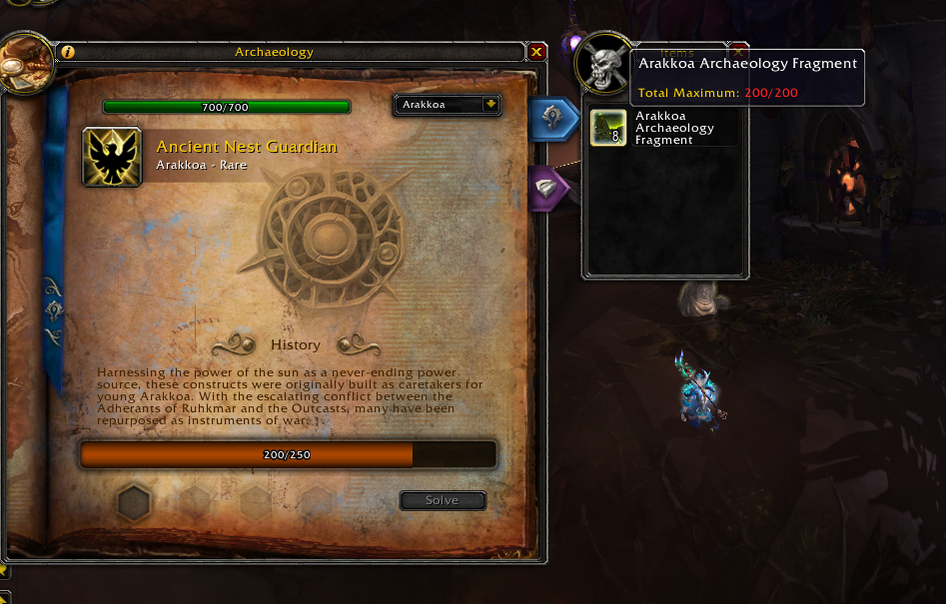 The reputation grinds also seem to be pretty tedious. I understand Blizzard not wanting to add a ton of dailies, but I would love at least one or two to give 250 reputation with a faction. I will be grinding out mobs for the remainder of the expansion at this rate. I have set a goal. I'm starting with the Frostwolf Orc clan and at least trying to grind out 1000 reputation per day. This way I'm not killing myself, but I'm still making progress. I can't complain too much though, because I'm also getting drops of Iron Horde Scraps for transmog. It's all working out perfectly!

The Holidays are here and in full effect. I've been doing my Winter Veil things, and getting RL present shopping done. I've also been nominated for the Icecrown Challenge. Me and my niece will be participating in it next week, and talk more about that in a later post. For now, have a wonderful and safe holiday season, and don't forget to stop and enjoy the small things around this time of year. 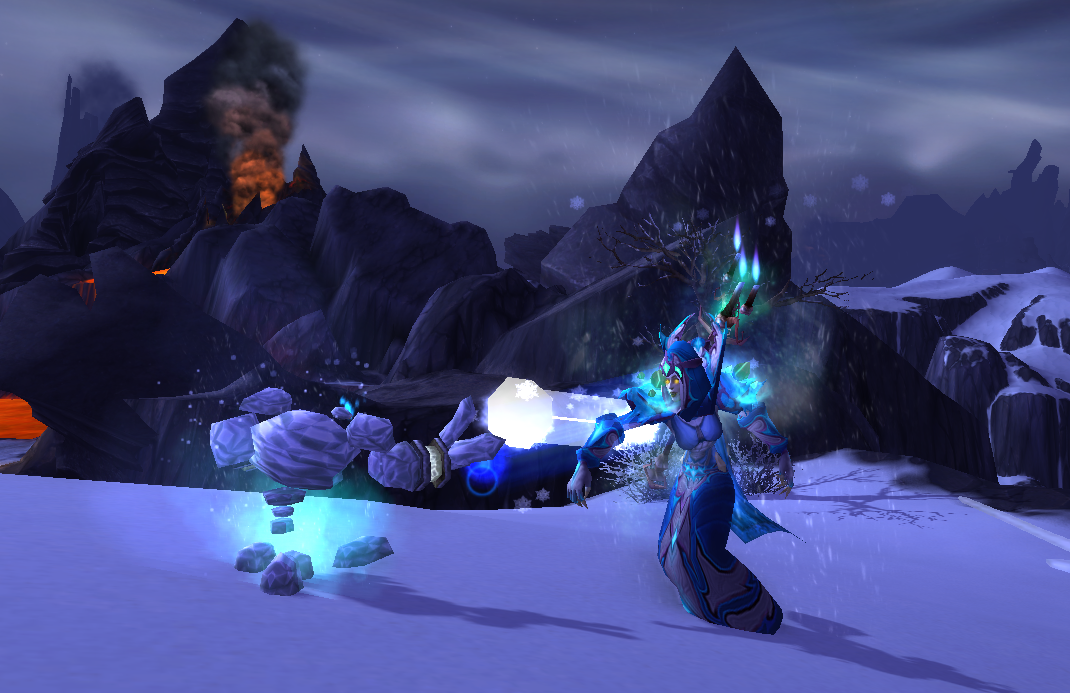